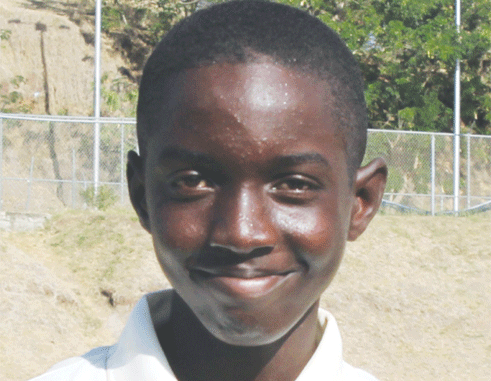 PROLIFIC under – 15 opening batsman and former national captain Kimani Melius is amongst five debutants named in a 13 man squad to represent St. Lucia at the upcoming Windward Islands Senior Cricket Tournament in Grenada.

Melius who holds the record for the highest individual score of 275 by any St. Lucian cricketer is a student of the Babonneau Secondary School. He led St. Lucia to two championship wins in the Windward Island Under -15 tournament and was a member of the West Indies Under – 17 team that toured England last year.

In February this year, at the Ministry of Youth Development and Sports – Annual National Sports Awards night, Melius received the Community Athlete Award for his outstanding performance in 2015. Also in February in the Massy United Insurance Under – 19 Schools Tournament he scored a magnificent 196 not out for Babonneau Secondary against Leon Hess Comprehensive.

In Grenada the squad will be under the watchful eyes of Head Coach Alton Crafton and Team Manager Bernard Gaston.