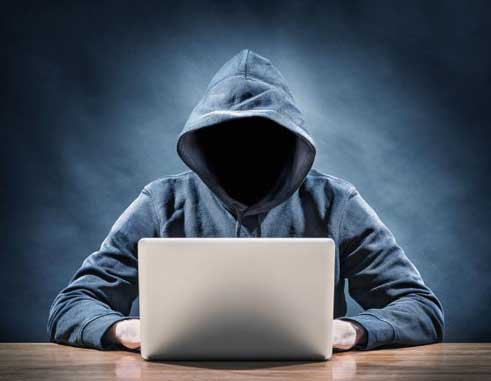 A St. Lucian woman has reached out to The VOICE to issue a serious warning to other St. Lucians, namely women, about falling victim to a crime with the power to devastate lives.

Almost immediately, she said, Kumar sent her a private message introducing himself and generally being friendly.

She said although she was cautious, she engaged in conversations with her new friend and friendly conversations turned into an online relationship.

Not long after, they even exchanged mobile phone numbers and were having long and regular conversations via whatsapp…this was when the trap was set according to Justin, or so Kumar thought.

Unknown to Justin was that she had unwittingly become a victim of “catfishing”.

Catfishing is an internet phenomenon, according to the online urban dictionary, where predators fabricate online identities and social circles to trick people into romantic/emotional relationships. Whilst not all, many to most of these relationships lead to victims being tricked out of their money and or personal/ valuable belongings.

In Justin’s case, her catfish was solely after her money.

Justin said; “I went along with the flow to see how far it would go. It started off like dating and he asked for more information about myself, naive as I was about the whole thing. He said he bought me stuff, and showed me an airway bill with the name I gave him. So I thought it was true. He called me to say that the box would arrive on 23rd of this month. Then the bombshell. An agent contacted me and said I have to pay US$750.”

The following conversation is one sent between Justin and Kumar via Whatsapp:

“Raj: I have missed you so much that I could hardly sleep without thinking about you, you are the best thing that ever happened to me, I was able to send the package through (Express Delivery Company Agent) with their branch office here and I have been provided with details of the shipment with reference slip which is attached with the box, the content of the shipment is best known to you and me that is why it is undisclosed. It will be delivered to your home address as provided to me, I love you and more each day and that is the most wonderful feeling any man can have, please I am sending these with all trust and love from the bottom of my heart, you are my joy I love you so much kiss and smile……….

Raj: please don’t tell any of your friends till you receive the box because not everybody is happy for our marriage always remember that people are very wicked and jealous to see the new couple

Raj: Honey you will receive the parcel treasure box in your address. Please check your airway bill receipt very well arriving date and time including the transit route which is India because there was no available direct flight to your country at this moment and also make sure your phone is on always till you receive the package according to your delivery agent for quick delivery to your door step

Raj: I have insured the package is only you that has the right to open your box, nobody can touch it only you, that is the reason why I insured it, it’s because of the expensive items inside and your surprise package which I know when you receive it you will be very happy and put smile on your face

Raj: Please follow the instructions of your delivery agent to avoid any delay when he arrive in your country and message me as soon as you receive the package, I love you my sweetheart”

Justin said she couldn’t help but feel extremely excited about what she was reading. However, a few days after, this was the exchange she had with a supposed shipping agent:

+918587963393: Greetings to you from GAP AKIS EXPRESS delivery agent. Please be informed that your shipment is currently in New Delhi International Airport India. India custom has stopped your consignment because of the Declaration Fee and European Union Clearance Certificate including the over weight for your shipment, which you are to pay the sum of $750 USD (Seven hundred and fifty dollar) charge for the box to enable me settle for all expenses such as Declaration Fee and E/U Clearance Certificate and over weight of your box so that I can clear your shipment from India Custom office and complete delivery which is scheduled for today in St Lucia

+918587963393: You are to transfer the money before they can allow me to deliver your consignment to your home address

+918587963393: For security reasons, according to your delivery agent you are advised to keep your airway bill confidential till your package get to you. This is part of their precautionary measure to avoid double claims and unwarranted abuse of your package. Please be warned !!!”

Justin said she was so shocked but then she was already very vigilant because the whole experience just seemed too good to be true, so she turned it all around on the company.

She said she told the person messaging her to contact her partner, Mr. Kumar and that he would pay the fee because it was all too much and too sudden for her to pay.

Shortly after, she said she received a message from Kumar who told her that she had hurt his feelings and wasted his money.

In the meantime, she said she looked up the company and even emailed them to verify but was told there was nothing sent by a Raj Kumar

Justin said: “I text John Kenneth and I told them that the police would find them wherever they are. Girl, whatsapp was off in seconds and his Facebook profile pulled out.”

She said she decided to tell her story because she wanted to warn people about the dangers of online predators.

Justin said: “Don t accept friend request from anyone you don’t know even if it’s a mutual friend of a friend. Don’t even answer calls from strange numbers. I even saw a missed call from Georgia. These strangers have issues and develop such characters to make themselves feel good and in the process rob people. Be aware even in St. Lucia, be vigilant. Persons call to verify addresses and names. Don’t give information on phones unless you are sure. Again, these people could be dangerous.

She added; “I want to let ladies know also, do not use the internet for dating. You never know who is on the other end with all those reasons why they cannot come to meet you.”

According to Justin, some of the fake names to look out for are Charry Sharma, Jerry Clark, Captain Charry, Raj Kumar and Onyekwere Amara Paul.