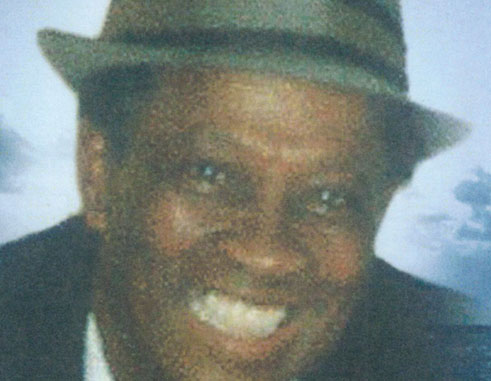 A St Lucian living in Canada has launched a campaign to get the St Lucia government to settle a 45 year old claim for land acquired from her father who has since died.

Theodora Montoute has dispatched an “open letter” to members of the government, the diplomatic corps, the judiciary, human rights organizations and others drawing to their attention that lands owned by her father, the late Jerome Montoute of Gros Islet who died in 2010 had not been paid for by the St Lucia government.

Ms. Montoute told The VOICE this week: “ I honestly believe it’s bigger than just my father’s land settlement; it’s becoming a national story of the government abusing its citizens. Our campaign is gathering tangible momentum, as we’ve been in contact with the Canadian Government, the Caribbean Court of Justice and the Inter American Court of Justice, among others”.

She said the campaign’s aim was to achieve a settlement for land seized in 1969 from Jerome Montoute, without compensation to the present day.

The Open Letter was addressed to all senior members of the St Lucia government, opposition, civil service, diplomatic corps, judiciary, commercial and media communities. It summarized the case as a lingering national injustice, still unresolved, years after the death of “a broken and humiliated man” (her father) and two Supreme Court judgements (2008 & 2015)demanding that government expedite compensation and award damages for “a 45 year disgrace”.

Said Ms. Montoute: “The campaign, which now has offices, a web site and several volunteers, has experienced a groundswell of support in Saint Lucia and abroad as the unambiguous facts of the legal proceedings became known to the public. From the moment his land was seized in 1969, Jerome Montoute, a gentleman outstanding in his familial, community and commercial duties, the government of Saint Lucia has steadfastly refused to recognize the unequivocably legitimate claim made by him and his family”.

It was a breathtaking abdication of moral and social responsibility, which mocks the covenant between a government and its citizens, as well as an unprecedented disregard for the authority for the Eastern Caribbean Supreme Court, she said, adding:

“In the past fortnight, the campaign has made considerable strides abroad”.

According to Ms. Montoute, the matter has been brought to the attention of the Minister of Foreign Affairs of Canada, Stephan Dion whose office has requested – and the campaign offices have furnished – the totality of legal documents as well as a succinct chronological outline of the case, from 1969 – present.

She added: “Next, the campaign submitted a petition to the legal arm of the Organization of American States, under the claim of Human Rights Violations, at the Inter-American Court of Human Rights. The Court has expressed its concern, and is now in correspondence for documentation and narrative to ensure it has the full picture.

“Finally, the campaign has secured an undertaking from the President of the Caribbean Court of Justice (CCJ), the Hon. Dennis Byron to personally address the matter with his colleague, Justice Dame Pereira, Chief Justice of the Eastern Caribbean Supreme Court (ECSC). By a fortunate coincidence, Justice Dame Pereira is the same Justice whose ruling in April 2015 demanded urgent and immediate action from the Saint Lucian government in general and the Chairman of the Board of Assessment, Mr. Callistus Vern Gill, in particular”.