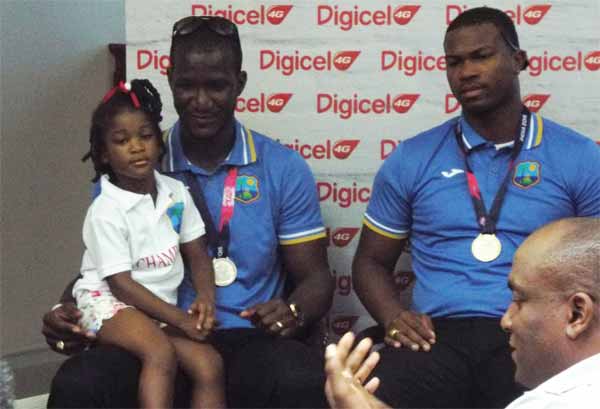 APRIL has been a good month for me this year – and it has nothing at all to do with all Fools Day! Indeed, I was glad to notice last week that fewer Saint Lucians tried to fool others by simply lying – as if there’s nothing wrong with that. I also noted that All Fool’s Day was banned in China.

On All Fools Day here this year, the new Police Commissioner took office. Now, who is to say he was a fool to take up his job on that day? Fact is: he did not decide his first day of employment; and besides, All Fools Day isn’t on the official working calendar. So, who in their right mind will tell an employer they didn’t turn up on the first day of the job because it was ‘All Fools Day’?

In all of the forty ‘All Fools Days’ that have passed since my first day on that job, I also lived to see the ups and downs of West Indies Cricket. Following the Gary Sobers and Clive Lloyd era, the likes of Vivian Richards, Curtly Ambrose, Courtney Walsh and Brian Lara came and went – and they gave way to the likes of Chanderpaul and others, who kept the Windies flag flying here, there and everywhere.

But it took Darren Sammy and his team today to restore that permanent pride of place that we once had in West Indies cricket and the West Indies team.

I have lived to see the three West Indies teams bring the three highest world-class T20 trophies back home to the Caribbean — all in the same year, within a month of one another – the last two coming within hours of each other, on the same day.

Yes I this April I have also learned much more about cricket — in the past seven days — than in all of the past four decades. I’ve also seen the rules of the game change over the years, in ways unfavourable to the West Indies (Like: one bouncer per over!)

I have watched how technology has been introduced to cricket over the years. I like watching the colourful and telling analytical graphs featured on the screen between breaks in matches. I enjoy the way cricket has been fashioned for TV today, as seen in the IPL every year.

But my biggest pleasure this April – by far, thus far – has been the response of Saint Lucians to Darren Sammy and Johnson Charles following the historic record-breaking and record-making victory last Sunday.

I’m referring here, not to the universal showering of glory, praise and worship on Sammy and Charles, but more so to the overwhelming support for Captain Darren Sammy from home, as he braces to deal with expected hostilities from West Indies Cricket Board President David Cameron.

Saint Lucians have come out as one, in full voice, behind Sammy, following Cameron’s negative remarks after Sammy’s exposure of his Board’s neglect for the team before and during the latest victories.

For disclosing the truth that the Windies T20 team was without even uniforms up to a week before the tournament started in India, for revealing the Board failed to even congratulate the team on its victories, for revealing the Board failed to give even a word of encouragement before the finals against England, Sammy has already been threatened with a warning by the President.

However, as one young caller to a Kwéyól radio talk show on Tuesday morning stated, “President Cameron needs to know that Sammy is not alone, as Darren has an entire country — and all his people — behind him.”

The spirits of nationalism and regionalism exhibited here since the weekend also make me very proud. All Saint Lucians have shown pride in Sammy and Charles — and in OUR entire West Indies T20 team.

But I am no less proud in the performance of the young Under-19 Windies T20 team, which started the ball rolling and set the stage for all that the women and men’s teams did later.

The youth team managed to rout India – in India. They defeated the overwhelming favourites on their own home soil and brought home to the West Indies our first-ever T20 Youth World Cup trophy.

I hold strongly that had it not been for the example set by the youth team, if not for the encouragement they gave to the older women and men after setting the example – and actually showing the way to their elder peers — the motivation of the men and women could have been less than it was, in each case.

I’m sorry that up to Tuesday (before the commemorative activities) I had still been hearing mention of only the accomplishments of the women’s and men’s teams. I kept hearing only the names of Captains Darren Sammy and Stafanie Taylor. Unfortunately, I never heard the name of the Captain of the Windies Under-19 T20 Youth Team mentioned – and I still don’t know his name.

I really feel that by forgetting or forgetting to mention the role of the youth team, we are under-stating the extent of the unprecedented ‘hat trick’ we scored in setting this world record for West Indies cricket that will likely last a lifetime.

I also take (deep) pride in the fact that this unique record was set by the three separate Windies teams, but in the name of their only nation of states in world cricket today – another fact that simply can’t be erased, ever.

All that said, I return to where I started – continuing to enjoy an April.