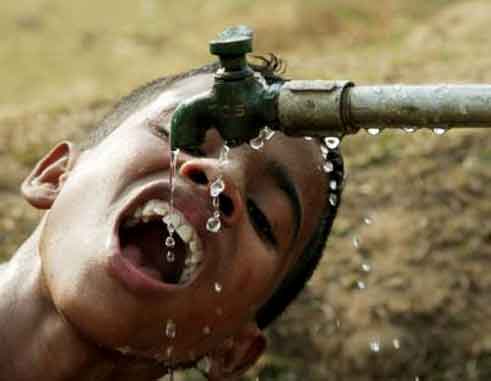 Share this post
SAINT Lucians have been warned to conserve water as this year’s drought conditions are expected to be worse than in previous years.

Public Utilities Minister, James Fletcher and WASCO’s Managing Director, Vincent Hippolyte both issued the warning this week suggesting that this year’s rainfall level will be a bit more problematic and ominous.

“What we do now and in the rainy season would be extremely important,” Minister Fletcher said.

WASCO (Water and Sewerage Company) Inc. has already put in place a drought management plan for the year, something that the company will have to put in place year after year, according to Fletcher because of the changing weather patterns.

“Unfortunately this is something we have to live with, for years to come. Our weather patterns are changing, all the projections for climate changes are suggesting that we may have between 10 to 20 percent reduction in water availability as the result of the warming of our planet so we now have to prepare for that eventuality, that inevitability and take the steps that will allow us to manage our water resources better,” Fletcher said.

WASCO’s problem is to manage the country’s water supply, a task both Fletcher and Hippolyte said the company has started doing earlier this year than in previous years.

Part of that management has to do with the desilting of the John Compton Dam, monies for which have been taxed from WASCO’s customers for the past few years.

The process leading to the actual dredging of the dam is progressing smoothly, Fletcher and Hipolyte said.

Tenders for the work to be done at the dam are now with the Caribbean Development Bank.

“Once the CDB has given a no objection to the process it will go back to the Central Tenders Board and the contracts will be awarded. We are still on target for the commencement of work this rainy season. We should see some work on the dam starting this rainy season,” Minister Fletcher said.

The Public Utilities Ministry and WASCO are in discussions with a potential developer looking at the possibility of commissioning two desalination plants, one each in the north and south of the island.

“That will be available, if necessary, to augment the supply of water if it does fall below the critical levels that our water systems can supply,” Fletcher said.

The drought conditions Saint Lucia is experiencing are being blamed on the El Nino phenomenon. It is the warm phase of the El Niño Southern Oscillation (commonly called ENSO) and is associated with a band of warm ocean water that develops in the central and east-central equatorial Pacific (between approximately the International Date Line and 120°W), including off the Pacific coast of South America.

“We at WASCO are hoping that El Nino is going to go away this year. If it goes away this year that works well for us for the dredging of the dam. If it does not then we have to go back to the drawing board and look at how we are going to continue the dredging exercise with an El Nino that is still misbehaving,” Hippolyte said.