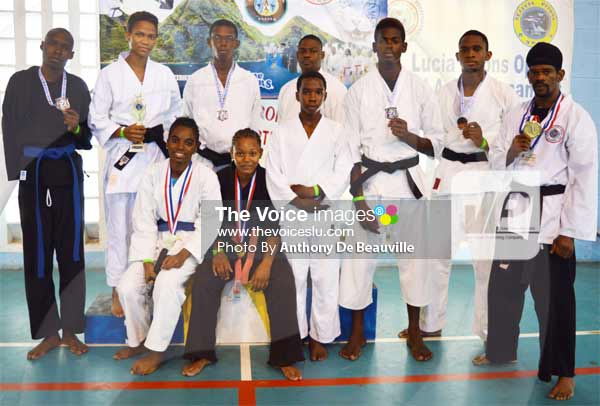 The event attracted a combined 105 participants from the USA, Trinidad and Tobago and host Saint Lucia.

Chitolie said he was pleased with the level of competition amongst the various teams which augurs well for the art form not only in Saint Lucia but worldwide.

Zalika Joseph of St Lucia was the most outstanding athlete. She defended every title winning convincingly four first places in Kata, Weapons, Kumite and Team Kata. She remains the highest rated female martial artist in Saint Lucia and one of the highest rated in the Caribbean region.