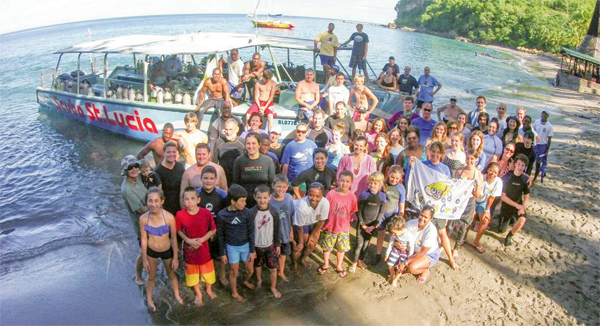 ST. LUCIA’s Anse Chastanet Resort is inviting couples to turn their anniversary into an exciting adventure.

With the “Adventure Anniversary” promotion, AnseChastanet offers couples celebrating an anniversary milestone of 25 years or more a chance to reconnect while enjoying some of the magnificent services and amenities this panoramic 600-acre resort has to offer.

Couples travelling between April 16 and December 19, 2016, and staying for a minimum of five nights will be treated to a free room night as well as a US$250 resort credit.

The Adventure Anniversary promotion also includes complimentary activities, including two scuba dives for certified divers or two snorkel boat trips, jungle biking on several miles of resort trails, a guided plantation tour for two as well as a half day excursion to the island’s drive-in volcano.

The Adventure Anniversary promotion is available in selected room categories, and must be booked no later than April 30..

Daily rates start at US$470 in superior accommodations and are subject to 10 percent service charge and 10 percent VAT.

A variety of meal plans, including an all-inclusive option, can be added to the room rate.

To be eligible for the promotion, a copy of the couple’s wedding certificate must be presented at check-in.