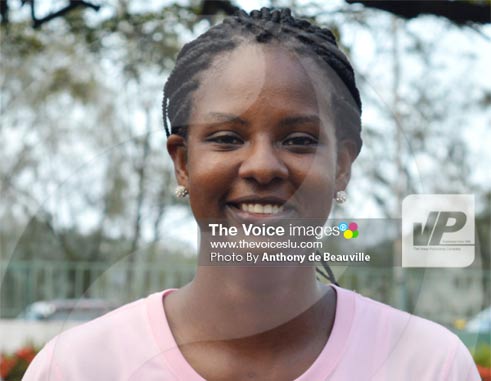 JUST two week into the second school term and coming on the heels on what has been dubbed a successful first term for school sports on the island, one district in the eastern region is setting the pace for what is expected to be another exciting outing for the young and aspiring athletes.

The VOICE spoke to Physical Education Teacher Juliana Joseph at the Dennery Infant School who also happens to be the secretary of District 5 Sports Committee as to their preparation leading to their various track meets for 2016.

Joseph said: “I am very happy to be associated with the District 5 sports committee. Not just as a physical education teacher, but also as a sports person myself. I have played football for my community, which is Dennery. I have also represented a football club which is Nemesis”.

“We recently concluded our District 5 inter – primary schools football competition. I must say I am pleased with the talent that was displayed, the discipline, and the support from the principals, the PE teachers, and the schools as a whole. I am very happy that the competition ended well and incident free”.

Joseph said she was looking forward to the second term which is labelled as “Sports Term”. She added: In this term we are going to have all our athletics competitions. So what we plan to do as a committee is to commence training this month with our different teams at the various schools in order to have a good District 5 athletics competition.

“In terms of the various dates it remains tentative as we speak, but in the coming days all PE teachers should have submitted dates for their respective sporting activities”.

“I trust that the PE teachers are very responsible; it does not take sports term to know the abilities of your students. They should have identified the students within the school year because they have gone through the different grade levels so they are aware of the students who are capable as it comes to athletics”.

Meanwhile, the 2015 defending champions from District 5, Ti Rocher have already warned the other primary schools they intend to come out firing to defend their title, while similar sentiment that have gone out from Richfond Combined School particularly from Regis House (Orange) that won last year’s meet.