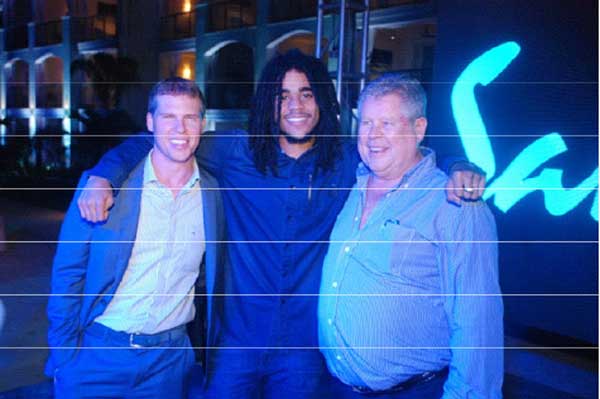 Sandals Resorts has launched a new advertising campaign for 2016 with a no-worry theme.

The campaign, which was created by Miami-based Hunter Hamersmith Advertising, encourages audiences to “Join the No Worry Movement” which is set against ‘Three Little Birds,’ the classic Bob Marley song.

It is the first time Jamaican-owned Sandals Resorts has sought marketing inspiration from and aligned its advertising with a Caribbean entity.

According to Sandals Resorts International chairman and founder, Gordon “Butch” Stewart, the current effort is an evolution of the previous “Closer You Look” campaign which was introduced in 2014 and that focussed on the quality inclusions that differentiate the Sandals experience, to bring it to its natural conclusion: because everything is taken care of; vacationers don’t have to worry.

“Since the very beginning, our brand has been focussed on making it easy for couples to enjoy a romantic, luxury Caribbean beach vacation.  Our new campaign brings this very simple idea to life.  In words, images and great music by Jamaica’s own Bob Marley, we’re saying don’t worry about a thing – come, relish the time you have together.  We’ve made sure that all that you could desire is provided; amazing accommodations, great food, wine, drinks, watersports and so much more.   At Sandals Resorts, guests don’t have to worry about a thing,” said Stewart.

The association of Sandals Resorts with another internationally-recognized Jamaican brand was important to Stewart and his creative team.  “Our advertising agency had been working on the ‘No Worry’ concept for months and felt its success would be predicated on the rarely-granted use of Marley’s ‘Three Little Birds.’  We were thrilled when word came from the Marley Estate granting permission,” said Stewart.   In fact, not only did the Marley Estate allow use of the song, but Skip Marley, grandson of the late reggae icon/son of Cedella Marley and a rising entertainer in his own right, cut a refreshed modern version of the song which is at the forefront of the new campaign.

The campaign launched to a diverse North American consumer audience on January 1, 2016 across various mediums including print, online and television and will feature programming and messaging that encourages consumers to “join the No Worry Movement” by sharing their #noworrymoment over social channels.   Images of white sand beaches, crystal blue water and happy couples will feel familiar, but presented in a hip, modern way that enhances Marley’s relaxed music and message.

More details of the “No Worry Movement” and consumer opportunities tied to the campaign, will be revealed as the campaign unfolds in the first and second quarters.   According to Gary Sadler, Senior Vice President of Sales for Unique Vacations, an affiliate of Unique Travel Corp., worldwide representatives for Sandals Resorts, a complementary business-to-business campaign for the influential trade also debuts this month.

“We are creating a movement, a  ‘No Worry Movement’.  So don’t worry about a thing, it’s all good and it’s all at Sandals,” says Stewart.