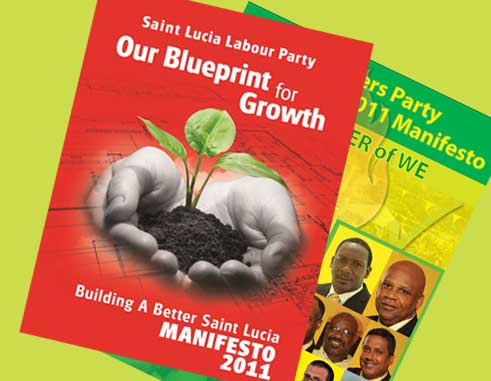 The Caribbean is again in a season of elections. Within recent times we have had elections in St Kitts, Anguilla, BVI, Guyana, St Vincent and the Grenadines, Republic of Trinidad and Tobago, Commonwealth of Dominica and Antigua and Barbuda. The score is now 5-3, with five changes in government and three political parties maintaining the control of the governance of their countries. The rumblings are evident in both Jamaica and Saint Lucia, that there is a strong likelihood of the bell being rung soon.

It remains a mystery to me that political parties continue to produce these pre-election documents termed a “Manifesto ‘’, some are genuine statements of intent and others are “Documents of Bluff”. Less than one percent of the voting public read the Manifesto and I can assure you less than 0.001% of persons are swayed by its content. Yet despite the known effect, they are a part of our election diet. I have decided to express a ‘Citizens Manifesto’ over the next few articles, which can be used as statements of intent. They are not copyrighted, so they can be used by any political party. This first part of the CITIZENS MANIFESTO deals with the restructuring on Ministries.

If tourism is to be a major part of our economy then it has to be placed under the same organizational roof with the economy.

MINISTRY OF ECONOMY AND TOURISM

The primary mission of the Ministry of Economy and Tourism is to develop and carry out clear and transparent economic policy that protects the national and public interest and creates a competitive low-carbon economy, which will guarantee growth and development of Saint Lucia. The Ministry of the Economy & Tourism will be tasked with the promotion and acceleration of investments, innovations and competitiveness.

•Fostering investment in priority sectors that create high value added and increase the overall competitiveness of the economy;

•Improving the competitiveness of Saint Lucian companies by implementing an effective regulatory framework, low taxes, built and well-developed transport and energy infrastructure, encouraging the export, and reduction of imports and increasing the amount of the investments in research and development;

In all the historical permutations that have been created, there has never been a marriage of the Ministry responsible for Public Works and Housing. Housing has been subjected to many marriages and divorces over the last thirty six years. We are of the view that Infrastructure and Housing should be together. The present Ministry also has a responsibility for Transport and Port Services. The intent is to decouple these responsibilities. The technical components of the Transport Department will be absorbed into the new Ministry of Infrastructure & Housing and the revenue side will be part of a new Transit Authority to be established.

It is hoped that the synergies of Infrastructure and housing will push the development of the Housing sector in St Lucia. We are of the view that an effective housing programme can have a transformative effect upon the economy. This new Ministry will be tasked with pursuing an aggressive Site and Services agenda, making serviced lots available in every constituency within the State.

One new feature will be the establishment of a Community Infrastructure Fund, which will involve the restructuring of the present Constituency Development Programme. This programme will be restructured and now be under the Ministry of Infrastructure. We recognize that different constituencies have varying needs and thus the old systems of equitable distribution per constituency will be scrapped and replaced by a new fair and equitable formula that recognizes that communities have different needs and fiscal situations. The Community Infrastructure Fund will involve more direct involvement of the various local government bodies.

I hope the above will stimulate your mind as to what can happen in Saint Lucia. I also want to thank you for reading my various submissions over the year and do hope it has been a source for informative discussions. May God release his blessings over you in the New Year.