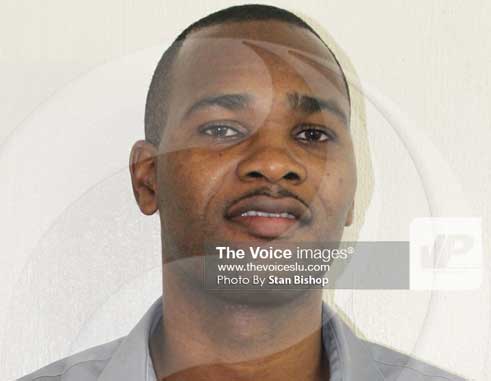 Damian Femi Rene of Gros Islet is this year’s winner of the Small Axe Prize for Poetry. His award-winning collection comprised about seven poems, many of which dealt with nature, a recurring theme in much of his writing.

The thirty-something told The VOICE this week that he has been participating in the competition for the past five years. Last year, he won the prize for prose with his short story, “Tia”, which is set in Nature Isle, Dominica.

The Small Axe Literary Competition comprises two categories – poetry and short fiction. Each year, two winners are chosen from each category by a distinguished panel of judges. The competition serves to encourage the production and publication of Caribbean fiction and poetry and focusses on emerging writers whose work centres on regional and diasporic Caribbean themes and concerns.

Writers who win in any category are not eligible to enter that category in succeeding years. With Rene winning in both categories, it means that he cannot enter the competition again. Nevertheless, the writer said he’s comfortable with the rules, especially after aiming for the poetry prize for some years now.

“It felt good winning this year as I’ve been trying to win the poetry prize for a while,” Rene explained. “So I was happy to finally win it. But, of course, there’s so much more that I want to do, so I’m not satisfied as yet.’

Rene, a literature teacher at Ciceron Secondary School, comes from a long line of writers. His grandfather, his father Egbert Lucien, and siblings – Nkrumah, Vladimir and Zandilli – are also writers. In fact, Vladimir’s poetry collection, “Sounding Ground”, won the Small Axe Prize for Poetry in 2013 and both the OCM Bocas Prize for poetry and the overall prize this year.

“I grew up in a family that reads, so it was natural for me to be drawn to books. I was also drawn to listening to people tell stories. So I just progressed from reading books to eventually writing,” Rene, a member of the St. Lucia Writers Forum, said.

Rene has great admiration for 1992 Nobel Prize-winner for Literature, Derek Walcott, whose epic poem, “Omeros”, continues to win praise internationally. Walcott’s work, he said, makes one “actually see oneself in great literature” which he described as “amazing”. He wants to create that kind of magic in his work.

“When we were growing up, we read Dickens and all those British writers and fell in love with England. But then we never see ourselves in that. So to actually see great literature in which you are a character and part of it makes a big difference. That’s one of the things I want to do with my writing: I want to see my people in my writing,” the young writer stated.

Rene said listening to his aunts and grandmother telling stories had a huge influence on his writing. His maternal grandmother, he added, usually told the stories in Creole, which helped in developing his love for the language. He believes it’s something Saint Lucian writers especially need to do more so as to empower the language when they write it.

The writer, who has written about 70 poems and about 20 short stories, also believes groups like the St. Lucia Writers Forum can be very useful in a budding writer’s development. The environment, he noted, allows for writers’ work to be analyzed by their peers who offer critique.

“They prod you to write, to produce, to share,” Rene said. “Plus having an audience makes a huge difference for a writer because a writer lives off feedback since writers don’t just write for themselves.”

With two straight wins out of the way, what Rene’s next chapter in his writing career is to have his work published and bring it to a larger audience of readers. While financing that project is a challenge, he said he’s determined to achieve that goal. He’s also entering his work into other competitions to gain some more exposure and motivation to write.

Rene’s advice to writers is to read voraciously and always be willing to learn. The quest for knowledge, he said, must be a tireless, endless one if words on a page are to truly connect with people.

“There’s always something to learn, whether it’s just through observation or speaking to people. You have to have a deep humility to become a good writer – that you never know it all and never know enough. So you must always have an appetite and curiosity to learn. Also, you have to write,” Rene explained.