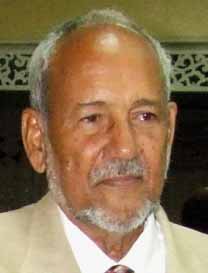 Sir James served as Prime Minister for sixteen years (from 1984-2000) under his New Democratic Party (NDP), following which the party lost the March 2001 under the leadership of Arnhim Eustace.

At the convention, the party’s leadership will be decided between incumbent Party Leader, Allen Chastanet, and Sarah Flood-Beaubrun, a former two-term MP for the Saint Lucia Labour Party (SLP).

The convention comes at a juncture when some of its members are calling for a real healing process to take place in the party. Earlier this week, former party leader, Stephenson King, told the media that some members had written to Chastanet requesting a meeting to discuss “disharmony within the organization”.

King, who said he will be present at the convention, added: “What we’ve seen within the party in the last two years certainly demonstrates that there’s no control about a situation that is exacerbating itself. No one knows what will happen next. We’ve seen it deteriorate from one level to the next and if we’re not conscious of that deterioration, then what looms ahead is going to be devastating for the party.”

While there have been allegations that the party’s electoral process is tainted, Chairman of the party’s Convention Committee, Eldridge Stephens, affirmed last week that “the Committee will do all in its power to ensure a transparent and fair process”.