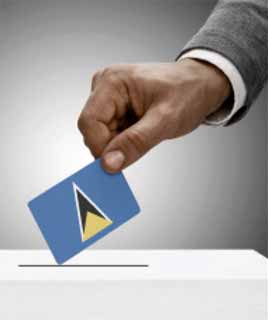 THE EDITOR,
I returned to the outrageous news that some persons are plotting the demise of the island’s discredited Pha-raoh. What struck me most forcibly was the fact that no one seemed to care about that bit of information. In fact, it seems that Saint Lucians had dismissed the source as irrelevant and untruthful, another inflated ego in search of relevance. And innocent, I almost put my foot into it.

Upon boarding Jet Blue the Prime Minister was seated in row four speaking to someone across the aisle that I recognized. On approaching the two heads bent towards each other in conversation, I jokingly said that I hope they were not plotting to overthrow the Government of Saint Lucia. I had no information on a plot against the man’s life.

As we landed and information came to hand it was suggested that the person who first leaked the assassination plot was himself a target – and not for the first time. The same bad story seems to be making the rounds with regard to the Minister for Internal Affairs. I would suggest strongly that, persons who may have been wronged by this government through loss of jobs, victimization, excessive taxes and duties, plus 15% VAT, high cost of medicines and the inability to pay for a doctor’s visit, should remove all thoughts of revenge by murder from their minds.

There is a better and more peaceful way. I refer to the next general elections where together we can permanently bury all these hated men under a mountain of votes. That would be the best revenge and no one would be threatened with court action. The Pharaoh’s days are numbered, and he knows that; so please be patient and do your duty at the ballot box on the day of political judgment. There will be many distractions and false prophets, but these may be the works of a failed Pharaoh, so don’t be misled, neither distracted. The battle is between Pharaoh and the people, not between SLP and UWP, or SLP and the Chastanet family, as Pharaoh said.