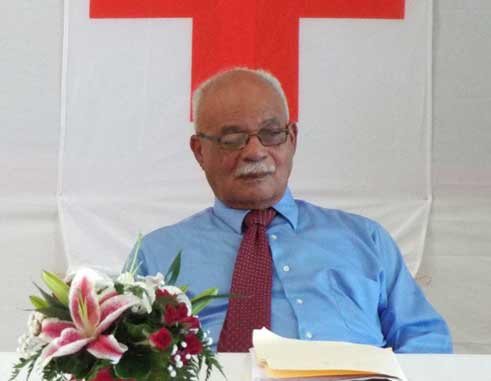 THE President of the St. Lucia Red Cross Society, Kenneth Monplaisir has sent out an important call for the persons responsible for rebuilding Soufriere following the fire that gutted several buildings there last week.

As a result of the blaze, ten families are left homeless and many are now unemployed

Monplaisir said whilst he had no doubt that the community will literally rise from the ashes, there was one major factor that truly saddened him out the whole ordeal.

He said: “Soufriere has the relics of the past, the French heritage and I’m hoping that when they rebuild, some good person in the government service will have the sensibility to restore these buildings in the form in which they were.”

Monplaisir said when it comes to fires, St. Lucia has had a few major ones and was still able to rebuild bigger and better so he was confident that this tragedy would soon be just another memory especially after the fact that there were no casualties.

He said: “We are constantly having fires in St. Lucia, that’s nothing new.”

The island has had to rebuild following three major and historic fires including the Castries fires of 1796, 1813 and the biggest of them all in 1948 where three quarters of Castries was completely consumed leaving over 2,000 people homeless.

Soufriere in its own right has been no stranger to fires with the biggest occurring on June 9, 1955. It left destroyed half of the town including 387 houses and left 2400 people homeless.