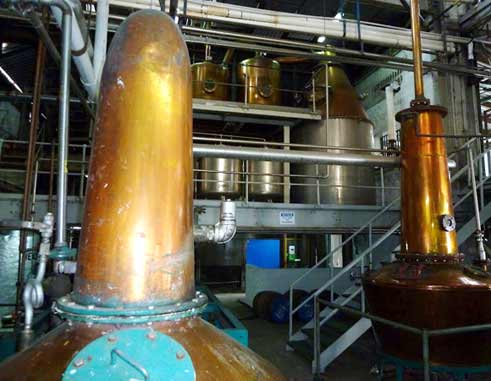 Policyholders Want Slice Of The Pie.

POLICYHOLDERS of Colonial Life Insurance Company (CLICO) say they are happy with news that some of the assets of the company are being liquidated as this could mean a possible return on their investments that they have been unable to cash in since the collapse of the company six years ago.

“At the last meeting we had with the judicial managers we were told that CLICO’s assets were frozen. I am happy that if this sale goes through I will be paid what I am owed by CLICO,” Gregory Fletcher, a long time policyholder said yesterday.

Other anxiously waiting policyholders also welcomed the news of a possible sale of the CLICO asset hoping that the proceeds from that sale would go towards paying off CLICO’s policyholders here.

“It will not be the first time, however, that the hopes of local policyholders have been raised by such an initiative, only for us to be disappointed in the end,” one told The VOICE.

It was the United Workers Party (UWP) that broke the news of a possible sale of a significant asset of CLICO, namely St. Lucia Distillers Ltd, located in the Roseau Valley.

The VOICE has been able to confirm that the distillery is now on the market and according to a source inside CLICO it is being looked at by potential buyers.

“What I do know is that the company is currently on the market. Also that there are potential buyers,” the source said.

There appears to be no end in sight to the problems caused by the 2009 collapse of CLICO since the financial meltdown of the world’s economy.

Many Saint Lucians had investments with CLICO at the time. Some policyholders had come together in a group to lobby for the payment of their monies owed to them by CLICO. The group has gone as far as hiring an attorney to pursue the matter on their behalf. However, according to one member of that group, progress has been slow in coming.

The situation is slightly different with credit unions that had invested hundreds of thousands of dollars with the company.

The VOICE knows of at least one credit union that has been successful at winning a settlement against CLICO, however it has yet to collect from the company.

Presently relief is being sought through the courts.

But even while the intention to sell Saint Lucia Distillers is generating considerable interest worldwide, not many details could be gleaned here because the major shareholder of the distillery is CLICO Holdings (Barbados). The distillery is jointly owned, with the Saint Lucia Branch of CLICO International Life Insurance being the other shareholder.

Efforts to contact the Barbados branch yesterday resulted in a receptionist taking the reporter’s telephone number and a promise that Mr. Patrick Topping of the accounting and tax firm, Deloitte Barbados would be returning the call. Deloitte Barbados is the judicial manager of CLICO in Barbados.

Finding solutions to the CLICO situation in Saint Lucia has been a long and drawn out process with the UWP calling on the Government of Saint Lucia to move with haste to ensure that Saint Lucians owed by CLICO receive their just rewards from the sale of the distillery.

“They have waited for six years to receive their due and it is time that justice is done,” the party said in a press statement yesterday.

“Also considering that CLICO may not have any other substantial assets in Saint Lucia, there may not be any hope to recover any part of their life long earnings from this failed company,” the UWP added.

The party wants to know whether the government is aware of the impending sale of the distillery and what the government is doing to ensure that Saint Lucian policyholders finally receive the monies that are owed to them.

“Has the government of this country considered securing any amount of money from the proposed sale of Saint Lucia Distillers to settle with the many hard working people who are still waiting to be paid from the collapse of CLICO,” the UWP asked.

St Lucia Distillers Group of Companies was formed in 1972 when two distilleries at Dennery and Roseau amalgamated producing a now-discontinued blend of rum whose name reflected the merger, Denros Bounty Rum. The Barnard family bought out the Geest shares in 1992 and in 1997 sold shares to Trinidad-based Angostura Ltd., giving the company a wider regional presence and the capital to pursue the product development philosophy which has since characterized St Lucia Distillers Group of Companies.

In 2005 the Barnard family, planters and rum distillers for over a century sold to CLICO, with third generation rum-maker Laurie Barnard staying on as Managing Director.