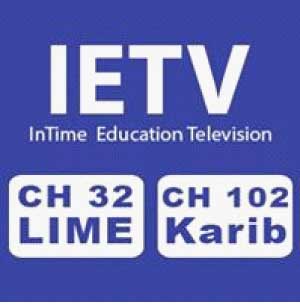 THE Rio Earth Summit in 1992 included the adoption of the UN Framework on Climate Change aimed at stabilising atmospheric concentrations of Greenhouse Gases to avoid “dangerous anthropogenic interference with the climate system.” Anthropogenic means resulting from human activity.

The UN Framework on Climate Change now has a membership of 195 parties.

The first annual Conference of Parties (COP) took place in Berlin in 1995 and significant meetings since then have included COP3 where the Kyoto Protocol was adopted, COP11 where the Montreal Action Plan was produced, COP15 in Copenhagen where an agreement to implement the Kyoto Protocol was unfortunately not realised, and COP17 in Durban where the Green Climate Fund was created.

Broadly speaking COP has failed to produce the results envisaged by its originators. COP 21, the 21st annual meeting, intends to change this sad state of affairs.

In 2015, COP 21 will, for the first time in over 20 years of UN negotiations, aim to achieve a legally binding and universal agreement on climate, with the aim of keeping global warming below 2°C. The conference is expected to attract some 50,000 participants, including 25,000 official delegates from government, intergovernmental organisations, UN agencies, NGOs and civil society.

International climate negotiations have attempted “to avoid dangerous atmospheric concentrations of greenhouse gases.” In 2010, the “long term goal” of the convention was to hold the increase in global average warming to below 2 degrees Celsius above pre-industrial levels.

Confusion reigns even before the conference gets underway. A UN expert dialogue of more than 70 scientists, experts, and climate negotiators recently concluded that 2 degrees Celsius is “inadequate” as a safe limit. It is widely accepted that the risks of climate change can be significantly reduced if warming is limited to well below 2 degrees Celsius.

Global average warming is merely an average, and regional warming and vulnerability to climate impacts vary significantly. The projected risks between 1.5 degrees Celsius and 2 degrees Celsius of warming is particularly important for highly temperature-sensitive systems, such as the polar regions, high mountains, the tropics, and low-lying coastal regions.

At 2 degrees Celsius the existence of some atoll nations is threatened by rising sea levels. It is possible that limiting warming to 1.5 degrees Celsius may restrict sea level rise below one metre.

The 2 degrees Celsius warming limit has long been controversial. It was rejected by many developing countries at Copenhagen and over two thirds of Parties to the Convention actually call for a 1.5 degrees Celsius limit.

Whether a lower temperature limit is still within reach, and the pathway to get there, is hotly debated. The UNFCC expert group recognized that limiting global warming to below even 2 degrees Celsius necessitates a radical transition, not merely a fine-tuning of current trends, leaving policy makers to ponder the feasibility of lower targets.

This is the background to the initiative launched by the Ministry of Sustainable Development, Energy, Science and Technology named “1point5tostayalive.” In other words, for the people living in Small Island Developing States like Saint Lucia, sea level temperatures must not rise above 1.5 degrees as these economies will be decimated.