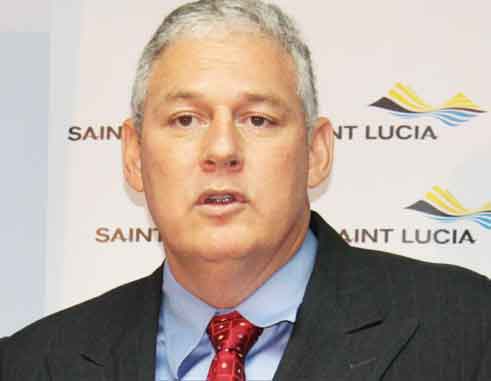 THE EDITOR:
Question: Did the U.W.P. ever have a post-mortem to determine why they lost the last general election?

If they had, then the old heads who are now resurfacing and sowing confusion in the party would have known where to get off . I would like to share my opinion as to what is happening in the U.W.P. currently.

I have been a member of the party from 1964. The “constitution” of the Party was made up of two dynamic gentlemen, (i. e. John Compton and Henry Giraudy). When they said, “Let’s move”, the multitude of people would follow. As far as I can recall this party would really come to life a year before elections, when the leader and chairman of the Party would say who the candidates to run the elections were, and the ball would start rolling.

Sir John never operated with a Party constitution. After the death of Mr. Henry Giraudy, his weakness to control the party began to show, until the advent of Dr. Vaughan Lewis who prepared a Party Constitution in 1998.

As mentioned earlier, the Party never operated with a constitution. The problem which plagues the Party now is the constitution and it cannot be business as usual. The Party was never structured after many years of existence. Dr. Lewis came and left. Sir John came back and soon after he died. Stephenson King came in. Subject to correction, he never had time to implement any of the things from the constitution.

Then came some men and women who thought the best way forward was restructuring the Party. There was a convention, Allen Chastanet was victorious over Stephenson King. His plan was to start the restructuring process. I would have thought that all members of the executive would be on deck in the process of restructuring the Party they love so much, but it never happened. From day one the grumbling began, instead of the togetherness to strengthen the Party base, some of them went missing in action and complaining. As the leader Allen Chastanet was on a mission, he went about restructuring the party, while the lazy executive members sat on the fence watching and continued complaining.

It takes money and hard work to restructure anything. With the help of some sponsors things began to happen. Nothing comes easy. In this day of technology the Party’s focus was not to be left behind. In my opinion those on the fence should be part of the process, and later through our democracy, whoever wants to challenge Mr. Allen Chastanet for the leadership of the Party can do so, instead of washing our dirty linen in public.

In any organisation change is hard to be accepted. Most of us like doing it the old way. As I said this Party was never governed by a constitution, but now that Mr. Chastanet thinks it is fitting to use it, everybody is shouting foul play. We all have to respect our laws, no one is bigger than the Party.

My advice to you members in the top brass of the party who have been together since 2006 and cannot get your act together is that if there is a feeling that Mr. Chastanet is not the man, then give us an alternative.

It appears that you all have the election date in your pockets. The people of our beautiful country are ready to put aside those long bitter days we are experiencing and embrace the promise of a brighter future. Are you telling me that you want to disrupt that forward charge? I look at all these jokers appearing on TV each claiming to be members of the party, yet doing all they can to bring it down and ruin its chances at the next election.

The UWP will have to play close attention to the question of party discipline in the future. This party has never had the kind of problems that are now surfacing. People cannot be allowed to put their individual egos above the party.

It is time for all to get their act together or jump off the boat.