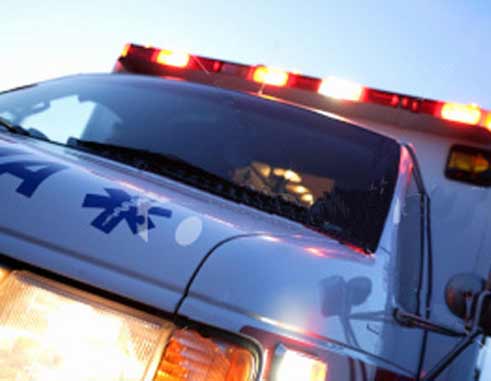 THE past weekend was a busy one for the fire service department having to respond to 62 ambulance calls, one fire call, three physical assault incidents and three motor vehicle accidents.

Less than 24 hours later officers from the station responded to a motor vehicle accident on the John Compton Highway. Two vehicles collided, a car and a pick-up truck. A 47 year old female was transported to hospital nursing injuries to her body.

Then about midnight officers from the Gros Islet Fire Station responded to a physical assault incident on Church Street, Gros Islet. On arrival at the scene they discovered a 28 year old male with a laceration on his body. He stated that he was assaulted by unknown individuals, according to the fire department.

He was treated and transported to hospital.

On Sunday evening at about 9:10, officers from the Castries Fire Station responded to a physical assault incident at Vigie, Castries.

On arrival at the scene they found a 40 year old male with multiple abrasions and lacerations on his body. He claimed that he was beaten and robbed by unknown individuals. He was treated and transported to hospital.

A little over two hours later, officers from the Castries Fire Station found themselves back on the road responding to a motor vehicle accident at Roseau. A car with three individuals on board had run off the road and into a ditch.

All three were treated by the officers and transported to hospital nursing injuries about their bodies.

Meanwhile the police department yesterday reported that a 31 year old had become the 24th homicide for the year.

They are investigating the circumstances surrounding the death of Dave Monrose of New Village, Castries. According to police on Saturday at about 8:15 p.m., they responded to a report of a stabbing at New Village and upon arrival, they received information that Monrose was allegedly stabbed by his girlfriend.

He was transported to the Victoria Hospital and subsequently succumbed to his injuries. An individual is presently in custody assisting with investigations.