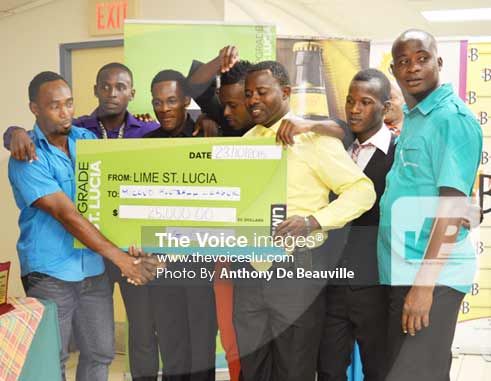 OVER $80,000 was paid out by Blackheart Productions last Friday evening at its prize giving ceremony for the recently concluded knockout tournament.

The monies paid out covered goals scored, transportation and prize monies for teams which participated in the tournament as well as the sanction fee to the St. Lucia Football Association for staging the tournament.

Among those taking home big money was the Micoud Football League whose team won the tournament. They went home with $26,450.00. Dennery who finished second took home $12,050.00. Canaries was third and they collected $6,550.00 while fourth place Soufriere collected $3,600.00

Some of the tournament’s many sponsors were specially recognized for their contribution towards making the tournament a tremendous success this year.