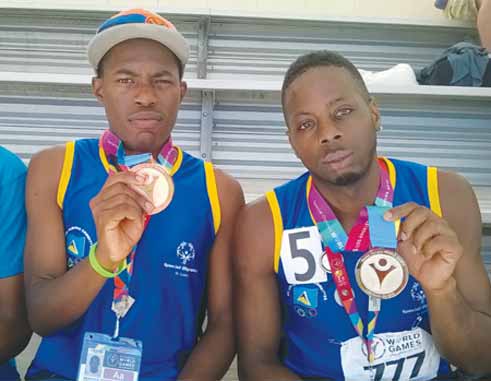 On Wednesday Jeremiah Charles took to the Bocce court where he defeated his opponent from Saudi Arabia 8:5 advancing to the medal round against Costa Rica. Jeremiah secured the Silver medal defeating his opponent 2:12.

The ladies started their singles games also on Wednesday winning one and losing one match.

In athletics St. Lucia witnessed speed and perfection with the Male 200m. In Division 35 – Joshua Henry finished first in a time of 27.49 seconds to capture the Gold Medal.

Before going to press on Thursday, the ladies were down to compete in a series of track events as St. Lucia continued to shine with stellar performances in their bid to secure more of the precious medals available at the Games.