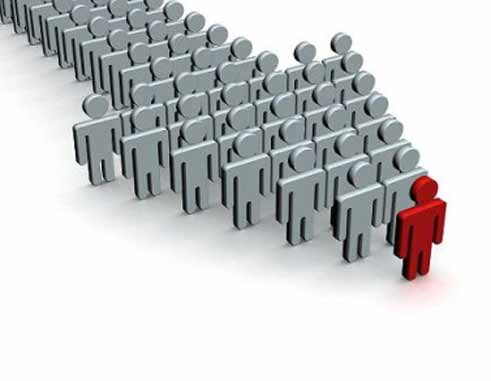 LAST week’s article struck a few chords as some friends called me up to comment. Some were unaware of the machinations within the UWP whilst others had not appreciated the depth of the divisiveness Allen Chastanet’s leadership had wrought. All expressed scepticism that such a group would make it to the next polls.

Normally, I would have agreed with my friends but experience has taught me that greed knows no bounds and those who lust for power would do anything to gain it. Moreover, history has clearly shown that when the desperate see their opportunities fading, it is then that they are at their most dangerous. So though I am tempted to simply let the strange bedfellows tear each other up, St. Lucia’s governance is too precious a commodity to let loose with known pilferers. The recent years of UWP rule, 2006 to 2011, are still too fresh in our collective memories for us to forget the raids on our treasury, the unsurpassed greed of some ministers and the criminal actions of others. As a people we must resolve never to allow them to pillage our country as they did.

That is why earlier this week and in a fit of undisguised rage, their Creole mouthpiece, suggested that our country was doomed. His reason?The unfortunate drowning death of an Entrepot resident. Imagine politicising something as tragic as the young man’s unfortunate and untimely passing. I am not surprised by his rants, however, for try as he might, his daily morning and nightly attempts at promoting Allen Chastanet have, in recent times, failed miserably. Amazing what a free new roof can get someone to say.

It wasn’t too long ago that the mouthpiece was the biggest promoter of Richard Frederick. The Castries Central MP is now a pariah simply because he chose not to support Chastanet. Previously, there was not a bad word in his, admittedly limited, vocabulary which he could direct against Stephenson King. With the former Prime Minister now openly critical of Chastanet he is now, “bouden rubbah.” The same man who authorised the Creole announcer’s retainer as a consultant is now the target of the announcer’s insults. His own brother is hardly immune from the “mauvais lange” again all because he dared to stand up to Chastanet.

I cannot deny that his was once an influential voice and his word was literally the gospel to many in the rural areas. But the saying: “You can fool some of the people all of the time, and all of the people some of the time, but you cannot fool all of the people all of the time,” has again proved true and his lies are beginning to catch up. So when previously he could get away with lying about our crime situation he is now reminded that it was under a UWP government that a homicide took place in a Prime Minister’s office with the Prime Minister himself mere feet away in an adjoining office. It is to be remembered that it was whilst then Prime Minister King was at his La Clery constituency office that gunmen stormed in and in the process, shot and killed an individual in the waiting room.

That same Creole “has-been” also this week accused Health Minister Alvina Reynolds of being responsible for the delay in settling the overtime issue with hospital drivers. Sadly for him, Mary Isaac, of all people, had just days before exonerated the very minister when she publicly stated that she had been reliably informed that both the Finance Ministry and Health Ministry had done what they were supposed to have done. The fault, she said, lay with a worker or workers. When one of your own publicly proves you are a liar then you know you are in trouble. What a major fall from grace for Mr. Creole.

Then there is the Romeo of local politics implying that United States sanctions against our police are related not to alleged extra judicial killings but instead to St. Lucia’s membership of ALBA. Imagine this coming from a man who wishes to represent the island’s capital city. Little wonder no one takes the goodly doctor seriously. Is Dr. Matthew aware of ALBA’s membership? Does he not know that all of the independent OECS territories as well as some other Caricom countries are ALBA members? Perhaps the goodly doctor would take my foolish advice and at least think a little more carefully before uttering such inane comments. Both Juliet and his patients would surely feel comforted if he heeds my advice.

Last week too, I informed on Keith Mondesir’s statement that Chastanet did not possess the requisite capacity to mange this country’s economy. Rather than provide evidence to counter Mondesir’s damning accusation, Chastanet did what Chastanet does best. He either attempts to woo you, buy you or fire you. So he invites Mondesir to a meeting. Word is the former Anse La Raye/Canaries representative was told to “cool it.” Time will tell whether the usually loquacious Mondesir agreed and what, if anything, was promised him so to do.

But even as Chastanet attempted to douse one fire, an inferno was brewing elsewhere. Richard Frederick had late last week announced that the UWP was seeking to surreptitiously place in the public domain, suggestions that former Prime Minister King was being considered by Kenny Anthony to be St. Lucia’s Ambassador to Taiwan. According to Frederick, this was part of a larger plan to discredit the former Prime Minister. UWP Treasurer, Nancy Charles, was the first off the block denying Frederick’s allegations and in a stinging rebuke accused the Castries Central MP of being delusional. Politicians love that word! Frederick’s response would be venomous. Utilising the platform of his television talk show, he literally demolished Nancy Charles. over allegations in the Town and Village Councils report.?

Whilst all of these allegations are already well-documented they had been hotly denied by the UWP. Now that the allegations have been verified by none other than the man who was himself the minister with responsibility for local government, they have taken on a new dimension. In this light can DPP Victoria Charles continue sitting on her hands whilst the damning report continues to gather dust in her office? Can she continue pretending the allegations contained in the report were simply the figment of someone’s fertile imagination?. Considering as well the pillage which took place during the last government’s reign, what message are Chastanet and his cohorts sending when, Nancy Charles is made their party’s treasurer?