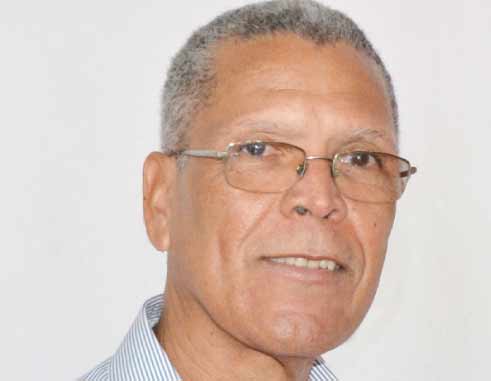 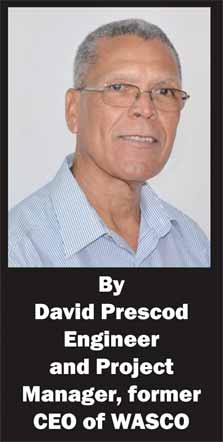 THIS is the third of a four part discussion, with Parts 1 and 2 having considered the planned introduction of competition to LUCELEC, the preparation of legislation and regulation to facilitate this, and the absence of any data which indicates that consumers will benefit from this.

A look was taken at how a focus on financial modelling at the expense of technical direction affected the car industry in the US, and introduced the implications of this for WASCO. Some of St. Lucia’s positive experiences with participation of the private sector in its development were reviewed, and the contentious introduction of privatization to the water utilities in the UK noted.

This part of the discussion examines the World Bank’s approach to privatization, and presents a detailed look at the public record of WASCO’s experience with the privatization proposals of the World Bank during the period 2001-2009*.

The World Bank Strategy for Privatization

Any mention of the IMF immediately conjures up images of a near demonic organization, and it is easy to recall the late Sir John Compton’s declaration in 1979 that he would not seek IMF assistance even if a gun were put to his head. The World Bank does not however suffer from this imagery and is widely seen as a benign institution assisting with the development of poor countries. Neither image is of course correct, but both institutions are guided by the philosophy that privatization is a useful tool for economic development of poor and developing countries, a policy forming part of the so-called Washington Consensus, itself a summary of financial institution policies for the development of Latin America of 1989.

While the World Bank remains committed to privatization, it also recognizes that during the period 1990 to 2014, 26% of its investment in projects in the water and sanitation sector resulted in projects which were either cancelled, or were under duress. The Bank’s response to this has been to refine its implementation strategies, and in its Water Resources Sector Strategy policy document of 2004 the Bank indicates that:

“An important change in World Bank practice over the past decade has been supplementing traditional support for accountable, public sector utilities with support for private sector involvement in the provision of water and sanitation services”. World Bank assistance for water utilities is now linked to, if not conditional upon, the acceptance of private sector participation.

PPPs are also viewed by the World Bank as a means for reducing the level of government expenditure on infrastructural projects, and so reducing levels of government debt. In the initial period of the World Bank’s drive to encourage private sector participation, this participation was directed to large infrastructure projects and became known by the familiar acronyms BOOT, BOLT and BOT. Following the privatization of the UK water authorities however, attention focused on the water utility sector, with private sector participation now aimed at providing management of the utilities.

At the Caribbean Water and Wastewater Association’s (as it was then known) fourth annual conference in St. Lucia in 1995, two papers were presented on privatization of water utilities. The first, by this writer, questioned the validity of privatization as a mechanism for inducing efficiency and examined some of the issues associated with the UK privatization experience. The second, co-authored by the then Acting CEO of WASA, Trinidad & Tobago, and by a World Bank official, described the process proposed for privatization of the Trinidad & Tobago utility and engaged the attention of the conference.

The agreed strategy for privatization of WASA Trinidad & Tobago entailed the award of a management contract for an initial period of three to five years, following which a long term concession was to be negotiated as a second phase. At the time this was considered an innovative approach to utility privatization in the Caribbean by World Bank staff (Nankani, H. (1998) Private Sector Participation in Caribbean Water and Sewerage Systems, World Bank). The contract was awarded to Severn Trent Water International in 1996 but ended in failure, and was terminated by the utility in 1999 for not having achieved its stated objectives.

It did not take long for Severn Trent to resurface in the Caribbean, this time in Guyana, with a similar management contract and identical result. Financed by DFID, the development arm of the UK government, Severn Trent entered into a management contract with the Guyana utility in 2002 which was terminated in 2006 for not achieving the aims of the contract. At about this time Severn Trent also showed up in Nepal, having in 2006 been selected for the award of another management type contract, although having to withdraw in 2007 in the face of public opposition.

In the Caribbean, World Bank experimentation with the management and concession type privatization of water utilities commenced in Trinidad & Tobago, then proceeded to Guyana. St. Lucia would afford the next opportunity for experimentation.

In St. Lucia, the World Bank’s Implementation Completion and Results Report of June 26, 2009 describes, at Item 12, the privatization of WASCO as proceeding in three phases. Little was accomplished in the first phase from 2001 to 2005, but by 2005 the Bank’s thinking had changed, possibly in recognition of the repeated failures of the management/concession approach, the approach being proposed for St. Lucia at the time.

At Item 14 of the above referenced Bank Report, the Bank notes that by 2005, investor interest in the concession type approach no longer existed. This is significant, as we have seen that an essential pillar of the argument for private sector involvement was the provision of capital for infrastructural development, a requirement included in the terms of the proposed concessions. At Item 14, the Report states, referring to the PPP proposal developed for St. Lucia during the period 2001 to 2005, that:

“Furthermore, the draft law and the PSP feasibility study emphasized a form of PSP – namely a full concession – that was no longer of interest to major sector investors. Project design assumed investor interest in – and GoSL commitment to – a reform strategy based on market forces in play during the nineties, when privatization was sweeping the region as the answer to solve access and operational deficiencies in service provision as well as financing constraints in infrastructure investment. These market forces changed considerably during the early years of the project’s effectiveness and it took some time for both the Bank and the GoSL to adjust their thinking and expectations to this new reality.”

This is as close a recognition as can be found, in a World Bank document, that the otherwise widely held view that the private sector had little interest in investment in public utility infrastructure, where financial returns were structured over long periods of time, was in fact correct. That, and recognition that the management contract approach prior to a full concession was a repeated failure.

Phase 2 of the St. Lucia experience during the period 2005-2006 therefore saw a redefinition of the nature of the PPP to be adopted, which in effect meant a reduction in equity investment for the private sector as a means of attracting smaller investors, and significantly, the inclusion of public sector investment through the use of NIC funds. It is of perhaps even greater significance to observe the Bank’s description of its approach at Item 34 of the said Completion Report:

“While the project was focused on St. Lucia, it was intended to serve as a pilot for the water sector reform in the Organization of Eastern Caribbean States (OECS) region. Many of the OECS countries face similar issues with regard to the performance of their water utilities. It was also intended to provide a platform for the possible preparation of a regional regulatory framework which could, over time, form the basis for folding many of the country-specific regulatory functions into a multi-sector and possibly a multi-country regulatory entity.”

The rationale for experimenting in St. Lucia is here explicitly stated by the World Bank. (We might also note that this is the regulatory approach currently being discussed along with the promotion of competition for LUCELEC).

The third phase of the WASCO privatization effort spanned the period 2006–2009 and ended in failure following rejection of the bids received by the Government of St. Lucia in October 2008. The Caribbean Development Bank, in its 2014 publication on the experience of PPPs in the Caribbean uses the WASCO experience as a case study. In its introduction to this case study, the Bank indicates that “the WASCO privatization was aborted for reasons that have never been fully disclosed” but also indicates that on the date for return of the bids some “minor procedural irregularities occurred and subsequently one of the bidders threatened to take legal action.”

The case study also informs that shortly before bids were to be invited, the International Finance Corporation, an arm of the World Bank which had been advising Government on the structuring of the PPP and the bid process, had to take up the 20% stake allotted for local private investors, as it had become apparent that the local private sector had “neither the capacity nor the appetite to effectively do so”. Maybe, but maybe as well that local investors just did not view this proposal as an attractive investment.

While the CDB description of the bid rejection is couched in diplomatic language, the World Bank Completion Report describes the issues which led to this rejection by Government in more detail. At Item 19 of the Report, the Bank indicates that one of the two responsive bids had arrived after the closing time, but that the Tenders Board had viewed this as a minor technical irregularity and had considered that bid. This late bid was the preferred bid, but the other bidder threatened to sue if the contract was awarded as intended.

According to the World Bank Report, the Government was advised by “financial transaction”, (presumably the International Finance Corporation arm of the World Bank contracted to advise the Government), that it was within the Government’s jurisdiction to waive this discrepancy. The Government however, sought advice from the Attorney General’s Chambers, and on the basis of that advice, rejected the bids.

While the threat of a lawsuit was Government’s stated reason for rejection of the bids, Item 51 of the World Bank Report indicates that, “At the point of writing this ICR, it is unclear whether (sic) to what extend (sic) the ultimate decision by the GoSL to abort the recent bidding process to select a private operator was more based in the fear of legal action from one of the bidders, or in a more fundamental lack of consensus and support for the PPP within the entire Cabinet”.

The Report goes further and indicates at Annex 2, under the caption “Project Component 3”, that the last few months of the PPP proved challenging, as influential civil society groups opposed the transaction on the “grounds that the private sector is no more competent than the public sector in improving the efficiency of water services and attracting investments”, the identical challenge raised ten years earlier by this writer at the CWWA conference.

The resistance of civil society is again noted in the case study by the Caribbean Development Bank, which blames the Government for an inadequate response to the concerns raised by non-governmental organizations and other citizens’ groups. What the public does not know is the extent to which this resistance from civil society influenced the presumed lack of Cabinet consensus on the way forward for the PPP, but the assumption must be that it had a significant impact on the Government’s decision to abort the bid.