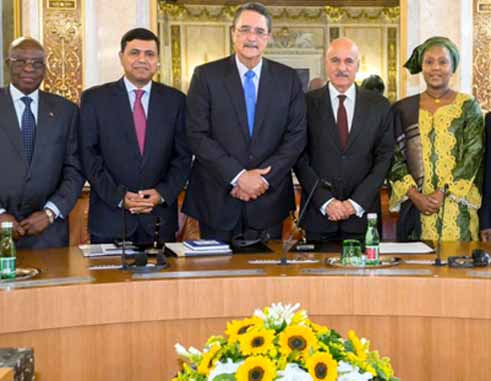 7 Roundabouts And Nine Pedestrian Bridges To Be Built. 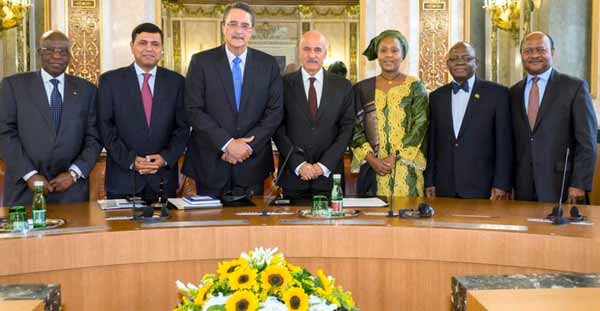 THE Castries/Gros Islet highway and secondary roads in Gros Islet are set for major redevelopment in the coming months, following the signing of a loan agreement earlier this week between the Government of Saint Lucia and the OPEC Fund for International Development (OFID).

The signing ceremony was held on Monday in Vienna, Austria. In his remarks, Dr. Anthony gave the assurance that the project would proceed with alacrity. He said:

“Recognizing the economic and social benefits to be derived from this investment, through improved connectivity and expansion of opportunities for the citizens of Saint Lucia, the Government of Saint Lucia wishes to assure you of its utmost commitment to the successful implementation of the project.

“We remain grateful for the support provided in the design and preparation phases. I am confident that this support will continue during the implementation so that we speedily resolve bottlenecks as they arise.

“On behalf of the Government and People of Saint Lucia, I wish to reiterate my profound gratitude to the Director General of the OPEC Fund for International Development for the expediency with this financing.”

The OFID loan is valued at US$18 million. The project, co-financed by the Kuwait Fund for Arab Economic Development, will rehabilitate 27km of main and secondary roads. The highway between Choc Bay and Gros Islet will be expanded to four lanes. Seven roundabouts and nine pedestrian bridges will be built as well.

The project is expected to be completed by the end of 2018.