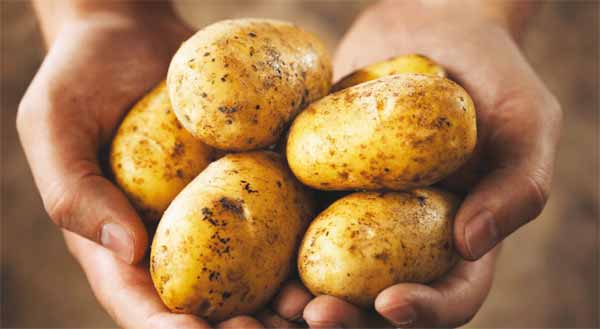 IN response to one of my articles, Mr. Francis Leonce was spurred to write a brilliant two part series on the agricultural sector. While I have known Mr. Leonce for many years on a casual basis, we never sat down for any length of time to speak. Some weeks ago this unforgettable moment occurred, and we sat for over an hour speaking at a Rituals Café. He recounted his experiences in the agricultural sector over the decades and left me totally stunned that such high quality research work was pursued in St Lucia and someone with such wealth of knowledge was not being used.

Mr. Leonce presented me with a gift at that meeting, which was a research paper entitled: THE EFFECT OF LOCAL CLIMATE AND SOILS FACTORS ON IRISH POTATO YIELDS IN ST LUCIA. The document was based on research he did from 1966 to 1967 on looking at reducing the importation of Irish potato.

Just the thought that almost 50 years ago, there was the thinking of food import reduction on Irish potato was mind blowing. I have read this document with awe and a tinge of disappointment in where our agricultural sector could have been if the momentum of the 1960’s was maintained. The research showed that yields of up to 9 tons of Irish potato per acre are obtainable in Saint Lucia, amazing indeed.

Saint Lucia cannot afford the luxury of ‘pasturizing’ a significant sector of its intellectual talent. I coin the word to convey the non-utilization of those over 55 years old in the society, now put out to pasture. It is of great irony that the government decides that at age 55 years, you should leave the public service, and then we have a constitution that says at the age of 105 years, someone can be your Prime Minister. What makes a politician at 55 more valuable to a society than a public servant at the same age?

I became Chief Engineer at the then Ministry of Communications Works and Transport at the age of 29 and I can say 24 years on, I might have mellowed a bit, but more experienced to function in that role. It is at this stage in your life that you can best contribute to the development of the country. This policy should change. In parallel, as a country we have to make full use of our intellectual talent. You cannot have a man like my good friend Raphael Kingsley St Hill with such experience in the Financial Act, relegated to sharing his thoughts on talk shows, and not on a Panel of Experts providing support to the country’s governance.

Saint Lucia needs to begin to look at the Silver Economy. The EU has started this as they see that soon this over 50 year old section of the population can become opportunities for economic growth. The European Union has defined the silver economy as the economic opportunities arising from the public and consumer expenditure related to population ageing and the specific needs of the population over 50. They have divided the ageing population into three groups, each with their own need-patterns: active, fragile and dependent. The Silver Economy thus comprises a large part of the general consumer economy, but with considerable differences in spending priorities and patterns.

The model that is being presented is to create these’ Panels of Experts’ as supporting teams to the country’s governance. The allocation of Board Membership to quasi-governmental bodies will be drawn from these panels. It is moving away from political ethnicity as the predominant factor is the constitution of these Boards. Members for the Central Tenders Board also will be drawn from this Panel. This harnessing of intellectual talent would foster economic growth through improvement in project implementation, reduction in wastage and sound management of the State resources.

As an engineer, I am fully aware that one act of brilliance can save millions on a construction project. In 1991 when the West Coast Road was being developed, the British Government was insisting that the road must be rehabilitated along the existing route with no major realignment. When we reached the Canaries to Soufriere section I saw opportunities for realignment and the shortening of the road length. In my not so mellow days, I strongly objected to the stated position and remained resolute that the realignment must be done. It saved millions of dollars on construction and maintenance costs to the Government of Saint Lucia.

Can a Francis Leonce be used to restart the research in Irish Potato? I certainly hope so, and that before he goes to meet his Maker, that the wealth of knowledge that he shared and which left me eternally grateful that I was blessed to be so chosen, will be passed on.