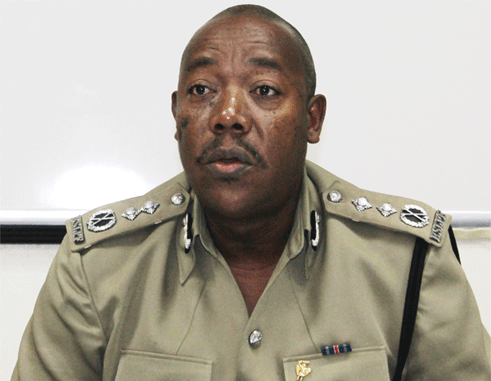 JUST how much heat can the Royal Saint Lucia Police Force (RSLPF) take without actually burning up still seems to be an unanswerable question.

Laure’s main concern is that the Force’s top brass is not giving serious attention to the outstanding issues affecting police officers and the work environment they operate in. He believes that for the police force to operate efficiently, its police officers must be treated as a priority.

Following Laure’s lamentations, Alexander issued a statement last Friday in which he explained the corrective measures taken to address the many issues faced by police officers despite the challenges being faced by the Force.

The war of words between the PWA and the Force’s top brass is not a new phenomenon. In fact, the PWA has consistently made it a point to hold the top brass accountable for the Force’s inefficiencies that the hierarche in turn has blamed the lack of requisite resources from central government, such as adequate human and capital resources.

This latest episode of disenchantment in the RSLPF adds to the many maladies plaguing the t organization. The unfavourable findings of an IMPACS report, several police officers being booked for breaking the law, the findings of the Chacadan Daniel inquest and Police Commissioner, Vernon Francois’ vacation leave being renewed whenever it comes to an end, are just some of the dark clouds under which the RSLPF is forced to operate while the public expects a no-less-than-stellar performance.

Nevertheless, the RSLPF seems to deliver fine performances when the situation really calls for it. Take, for example, the recent virtual incident-free Carnival climax last week. Despite their obvious limitations and challenges, police officers have come in for high praise for their commendable performance in safeguarding the citizenry during that period.

Notwithstanding the fact that the Force seems determined to deliver on its mandate to protect and serve, it would be only prudent that police officers be made to feel as safe and protected as those they are charged to serve and protect should be. One can only imagine the apathy that can creep in when police officers feel they are mere expendables.

As such, the Force needs to place more emphasis on resolving its internal issues in a timely and amicable manner in the same way they implore civilians to deal with conflicts.