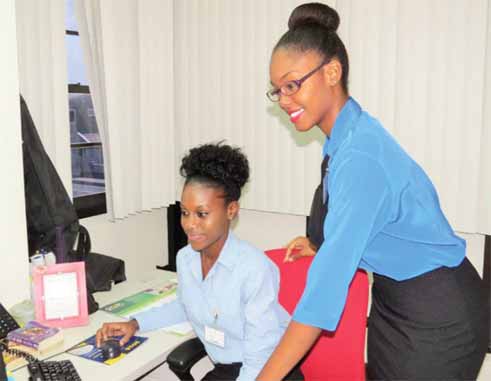 THIRTY-NINE students have been chosen for the St Lucia Electricity Services Limited (LUCELEC) Summer Employment Programme which began on June 15.

Beginning in the early 1980’s and throughout the years, the programme has nurtured hundreds of Saint Lucian youth including many of the company’s current Management Team. The programme is a tangible opportunity for students to get an appreciation for the demands of working in an environment that places a premium on efficiency.

The company benefits as well, using the Summer Employment Programme as an opportunity to identify talented young individuals who later on may be interested in working for LUCELEC. These include students in the LUCELEC Scholarship Programme who the company puts a premium on preparing for their eventual careers and lives.

“As much as possible we try to match students with their areas of interest on the job, but importantly we seek to ensure they get an understanding of the rigours of the work place and an opportunity to see how what they learn at school may be applied in the work environment,” she explains.

The orientation also included a tour of the power station, giving the interns a first-hand look at the processes involved in the generation of electricity.

Additionally, all students will write monthly reports of their employment experience. For those on school internships, reports will be submitted to their respective schools.

The LUCELEC Summer Employment Programme will end on August 31.