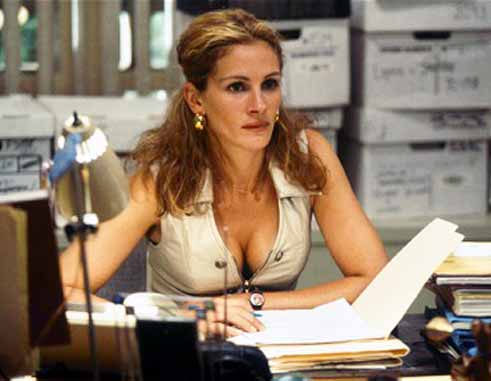 IT is summer time. School is out for the summer. Whether you are in secondary or tertiary level education, you are probably looking forward to the break as a period of relaxation with no assignments or examinations. For those who are interested in a legal career, and those who have already started their legal educational journey, here are ten movies that we would recommend you watch and why:

1. The Paper Chase (1973): Based on a series of the same name, this movie is one of the more realistic depictions of the trials and tribulations of a law student. It centres on the relationship between a first year law student and his professor. The deadlines, the debates, the rapport with lecturers and students, all well balanced with the personal challenges that students face like debt, working while studying and personal relationships. It is moving, poignant and still one of my favourite law films to date.

2. To Kill a Mocking Bird (1962): This is a classic – based on the book of the same name written by Harper Lee, it has been on the academic syllabus as well as a movie. A black man is falsely accused of rape by a lonely white woman. A small town lawyer, Atticus Finch is an honest, hard-working lawyer who believes in his client’s innocence and seeks justice in a racist southern American town. The court scenes are lively, and effectively demonstrates the art of Examination in Chief and Cross Examination.

3. Erin Brockovich (2000): Based on a true story of a young single mother with three small children, who stumbles upon an interesting case which becomes a class action suit and saves/ improves the lives of many residents in a small town who were exposed to toxic water. It depicts the long hours, the case research and the human interest story of a woman who made her employer/ lawyer revisit a case that he would have otherwise overlooked to make it one of the most memorable landmark cases in the US legal history.

4. A Man for All Seasons (1966): Sir Thomas More becomes entangled in a political struggle between King Henry VIII’s decision to go against the Roman Catholic Church by divorcing his wife and marrying Anne Boleyn. Sir Thomas More was a lawyer of principles and was willing to give up his life for what he believed. Another book likely to have been studied in school before making its way to the big screen. It is must read and a must see.

5. The Firm: Anything by lawyer/author John Grisham should make the list but for the sake of variation, we only chose one of his best-selling books which have been made a movie. A young lawyer unknowingly joins a small tax law firm which is connected to the Mafia. After he and his wife are showered with gifts like a luxury apartment and car, two associates are murdered. The FBI contact the young attorney revealing the illegal connection and seeks his help to bring down his employers. Any associate who has tried to leave the firm has ended up dead. The young lawyer devises a way to stay alive, cooperate with the FBI and turn in his employers for mail fraud and maintain his law practice. It demonstrates some of the survival and negotiating skills that lawyers possess as problem solvers.

6. The Merchant of Venice: No list would be complete without at least one Shakespearean play turned movie. We chose this one. Who can forget studying this book in school and being fascinated by Shylock who wanted a pound of flesh for his debt? The lawyer clearly explained that it was not possible with causing serious injury or death to the debtor especially since the debtor was now in a position to pay off the debt with interest. A brilliant use of language and persuasive skills to ensure the best result.

7. Kramer v. Kramer (1979): This touching movie shows a couple, Ted and Joanna Kramer going through a divorce and fighting for custody of their only son. The mother left the family home, leaving her husband to deal with fatherhood on his own as a single dad. The mother returns and decides she wants her son. This custody battle is emotionally draining for the parents and the child. Based on a true story,this landmark case is still referred to in US litigators.

8. A Few Good Men (1992): A reluctant Navy JAG litigator must participate in military case where two Marines from Guantanamo Bay naval base could face death for allegedly being part of unofficial punishment of prisoners known as ‘Code Red’. The Marines say that they were just following orders, but those in high positions say that the Marines acted on their own. This movie simulates some of the possible drama when clients and lawyers do not agree on a course of action, and how to deal with difficult witnesses in court.

9. Sleepers (1996): Four young boys and close friends growing up in Hell’s Kitchen in New York, play a prank which goes wrong causing serious injury to an old man. They are sent to a boys’ detention centre where they are abused and humiliated by one of the security guards. Years later, they met up as adults and have the opportunity to exact revenge on the man who caused them so much pain. One of the young boys is now a lawyer, and does not reveal his identity to the court while prosecuting a case involving one of his childhood friends on trial for murder. They get a drunken lawyer to be defence lawyer and he is told what to say by the Prosecutor. The accused is found not guilty. The courtroom scenes are engaging. It shows how NOT to prosecute or defend a case.

10. The Confession (1999): The defendant murders the medical professionals he feels were responsible for the death of his young son while he was in hospital under their care. The ethical and moral compass of a lawyer is challenged as his client wants to plead guilty to the crime. As a result, the young attorney questions his career and life choices. Lawyers have a Code of Conduct and Ethics which they must adhere to. A defendant who reveals his guilt to his lawyer cannot have a jury trial, because a trial means that the defendant has pleaded guilty.

This column is for general use only, for advice specifically for your case, please see your lawyer.

Share your thoughts and comments: you are invited to email me at trudyoglasgow@lawyer.com
Coming soon: 10 Romantic movies every law student should watch…