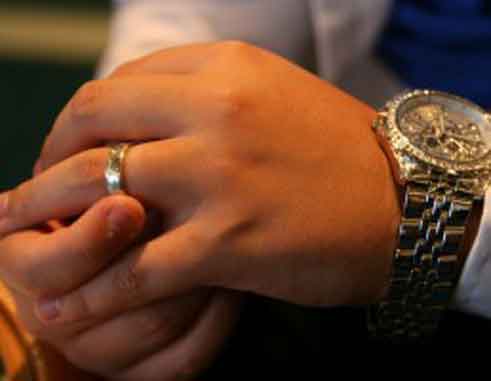 WHEN an individual is exploring the option of getting a divorce, he or she must consider this process seriously. It will usually result in a change in the financial and emotional status of both parties. Lawyers are given varying reasons why their clients want to get divorced. In reality, the divorce laws provide for specific circumstances where a divorce will be granted by the courts. The lay person would not necessarily be aware of this from the outset. Here are some unorthodox reasons why people get divorced.

1. Lazy: doesn’t do one or more of the following: the dishes, laundry, ironing, cooking, pick up his clothes from the floor etc.: one of the main reasons cited was that the spouse did not do much around the house. Surprisingly this complaint came equally from both women and men. With the advent of equal rights and opportunities of the sexes; women are less tolerant of men who did not assist with household chores. They rationalise that they also have to work and therefore, they both have to do housework. Further, women indicated that it did not set a good example to their children especially their sons, to see one parent doing all of the housework and the other being lazy.

2. Busy career: some careers have been seen as traditionally ‘busy’. In the case of doctors and lawyers, for example, the hectic, irregular schedules means that it can be challenging to plan family time, socialising with friends or time with their spouses. This leads to spouses becoming suspicious and thinking the other was having an affair and using their late hours as an excuse to stay away from the home.

3. Gained weight/Lost weight: dramatic weight loss or weight gain was also cited as a reason for divorce. Women and men are into physical appearance and the spouse with the fluctuating weight was viewed with suspicion and concern about his or her health and well-being. Spouses often considered whether they were able or willing to stay in a relationship with the other if it was determined that they were changing their weight in order to gain the attention of someone outside of the family unit and/or had self-esteem issues.

4. Growing apart/distance between us: long hours, a long commute, a job as a buyer for a major international department store, flight attendant, pilot, travelling salesperson, computer analyst working for an international company which keeps one away from his or her family for long periods of time; could contribute to the spouse being left behind feeling neglected or abandoned. The explanation advanced by the parties is that they no longer have similar interests and that their relationship has suffered because of their other commitments.

5. Got really ill: something that is rarely considered before marriage, is the plan in the event that one or both spouses get seriously ill. Will there be a nurse hired to take care of the ailing spouse? Is the other spouse willing and able to take care of the ailing spouse? The wedding vows state ‘in sickness and in health…’ but this is not prioritised and when the time comes, a spouse may not feel ill-equipped to handle the situation. On occasion, the ailing spouse encourages the separation to spare him or her the pain and suffering.

6. Loss of a child: such a tragedy is expected to bring a family closer together but in most cases, it has the opposite effect. The spouses tend to have unresolved anger and resentment against each other, often blaming the other for the event. Without counselling, therapy and/or simply discussing it with friends and family, the despair can run deep and be irreparable to the marital union.

7. Loss of a parent/grandparent: similarly, it would be expected that losing a parent or grandparent would bring a family together in times of tragedy. However, if the passing of the loved one was unexpected and sudden or following a diagnosis and long period of suffering, the spouses could have reactions which are not in keeping with the other’s expectations in terms of sympathy and compassion. If the parent or grandparent resided overseas and there was not enough time to visit before he or she passed away, this could result in negative emotions.

8. Taking (best) friend’s advice: Friends may advise that it is time to get out of the relationship because they personally do not like your spouse and/or they are going through or have just got divorced themselves. We are less likely to work at restoring a marriage than previous generations resulting in more divorces and separations.

9. Gets drunk too often: This could mean a drinking problem, and that would be serious cause for concern. If one spouse does not drink at all or only drinks occasionally and the other gets drunk or drinks more often, even moderately, it has become a bone of contention is some unions resulting in divorce.

10. Wants to have more time with friends: If one or both spouses have friends who have divorced recently or have a lot of single friends, their lifestyles and commitments would vary. They may feel that they miss the single lifestyle and want to return to such personal freedom.

A final note: none of these reasons listed above are adequate grounds for getting divorced. A divorce can usually be traced back to a single incident which snowballs out of control. The main grounds for divorce in accordance with our divorce laws are abuse, infidelity and desertion. Counselling is advisable in the first instance if a married couple is considering ending their relationship. If this is unsuccessful, then it is time to visit your divorce lawyer.

This column is for general use only, for advice specifically for your case, please see your lawyer.
Share your thoughts and comments: you are invited to email me at trudyoglasgow@lawyer.com