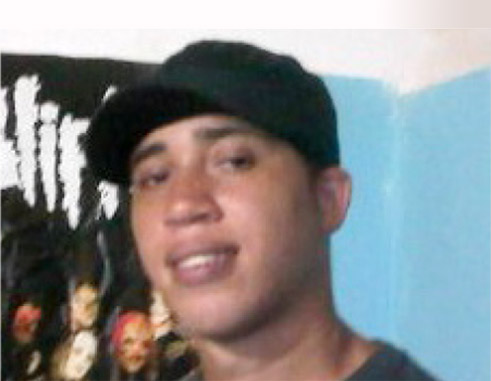 IF you haven’t already, you will soon discover that becoming self-employed is a great alternative to finding employment within an already established company.

In the coming weeks, I hope to seek out and share the experiences of those among us who have chosen to become their own bosses by capitalizing on their talents. We have all had our fair fill of negative depictions of young people in the media. Now, you can brace yourselves for firsthand dialogue from budding entrepreneurs, artists and other more established young trailblazers among us.

Cassius: Thanks a lot for taking the time to speak with me, Mr. Simon.

Simon: Thanks for the interview. And you’re welcomed

Cassius: First, tell me three words you would use to describe yourself.

Cassius: Great. And what are three of your pet peeves?

Simon: Hmmm, I have a few but I would have to say closed-mindedness, intolerance and the generation gap.

Cassius: Can you elaborate on your last pet peeve? More specifically why it bothers you.

Simon: Well the younger generation, my generation to be exact, is fresh with ideas that are not taken seriously in some cases by the older generation. It sometimes feels like they expect social norms to be the same today as it was 25 to 30 years ago. I feel like it hinders progress.

Cassius: I totally understand. I also wanted to know if you have any personal heroes. Tell me why they are your heroes.

Simon: Steve Jobs is my personal hero. His autobiography would tell of how he always wanted to do things even his employees thought was too much or not possible. Now he is well respected as an innovator.

Cassius: Yes. I see how the late Steve Jobs would be such an inspiration. He’s also inspired the likes of Mark Zuckerburg, and really built an empire. Any favourite quotes or personal mantras?

Simon: To be honest, no. I haven’t taken the time to study his happenings in depth. I guess the real hero was the idea that he represented. The idea of change.

Cassius: Not necessarily from Jobs─ in general.

Simon: Oh I see. I personally don’t have a favourite one, but personally I appreciate and respect the power of change and progressive thinking.

Cassius: I like that. Now tell me a bit about yourself: where you’re from, what your childhood was like. Take me through your educational and career journey.

Simon: Well, I was born in Saint Jude’s Hospital in Vieux Fort and was raised in Laborie… .Did my first years of schooling in three schools located in Laborie itself; Laborie Pre School, Laborie Infant School then Laborie Boys’ Primary School. I was a beach boy, even sneaking after school to go to the beach. Of course my mom Bernadette Simon did her best and did encourage me in her own ways to take my education seriously. I then attended Choiseul Secondary School and graduated after 5 years. By then my family had moved to Soufriere in a place called Bois d’Inde. I graduated and literally a week after, I decided to leave my mom’s place to go to Castries to work and inadvertently give my mom one less mouth to feed. I started my first job at a warehouse in Union and lived on the Morne. During that time, I shifted from job to job not feeling like any of them was for me. In 2007 I landed a scholarship for the study of electrical engineering in Cuba. Unfortunately because of finances I was unable to finish after spending one year up there. Still bothers me when I remember this today. I came back to Saint Lucia and by then employment had already began to deteriorate. It was hard to get work. Behind the scenes the whole time I made and edited small videos on YouTube. That was when my interest in video editing grew. I decided that video editing and video production is something that I needed to get into. I ended up getting my own segment on a show called Gamer Vibe which lasted for about 2 years but I felt like I wanted to be the one in charge of a production though I appreciate the experience at Choice TV. Directly after leaving I asked a graphic designer who happened to be my partner at the time to create a logo for me. And that was when Twisted TV started.

Join me next time for the conclusion of my interview with Al Simon.