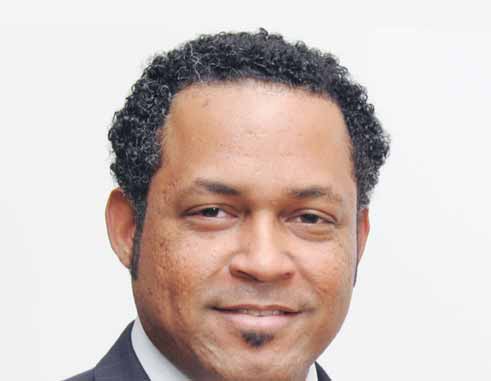 Deserving Students To Get Assistance.

ST. MARY’S College has announced the inaugural deployment of The Gillray Cadet – Scholarship Fund for the academic school year 2015/16.

The scholarship fund was established in 1998 by Mr. Cadet, a Samarian and graduate of the centennial class of 1990, to provide assistance to capable, deserving students whose parents are unable to afford the increasing cost of secondary education.

The scholarship will provide books, school fees, uniforms, among other essential items, annually with a requirement that specific academic criteria are achieved and maintained. This year will be the inaugural deployment of the scholarship fund and a worthy student will be the first recipient and beneficiary of a scholarship.

Gillray Cadet commented: “I established the scholarship fund in 1998 as a means of giving back to SMC which I credit for providing me with a solid educational foundation which armed me with the fundamental tools to obtain higher education and which subsequently presented me with professional opportunities. My education and fortitude enabled me to seek out and capitalize on these opportunities which ultimately helped me achieve my goals. This all started at St. Mary’s College. I would like to play a part in ensuring that intellectually capable and deserving students with the ability, determination and drive, are also given an opportunity to succeed. ”

Cadet established the scholarship fund less than three years after earning his undergraduate degree in Accounting from Louisiana State University in Baton Rouge, Louisiana, USA. He started his career with Coopers & Lybrand (now PricewaterhouseCoopers) in New Orleans, Louisiana where he qualified as a Certified Public Accountant and subsequently worked in the firm’s London, UK and Miami, Florida offices. He obtained his MBA from the Kellogg School of Management at Northwestern University and subsequently joined Deutsche Bank in New York to pursue a career in investment banking.

In 2010, Cadet joined the acquisitions team of Aabar Investments, a sovereign wealth fund in Abu Dhabi in the United Arab Emirates and was later appointed Chief Investment Officer of a family office in Abu Dhabi. Most recently, Cadet was the Group Finance Director and Acting CFO for a publicly listed construction company in Dubai.

Mr. Rowan Seon, Principal of St. Mary’s College stated: “I couldn’t be more impressed by Gillray’s sincerity and enthusiasm to contribute tangibly and significantly to St. Mary’s College and St. Lucia. This scholarship I know will make a major difference in the lives of some of our intellectually gifted but financially hamstrung students. There are many such students at St. Mary’s and I hope other well-placed Samarians and well-wishers will be encouraged to emulate Gillray’s magnanimity”.

Cadet added: “SMC taught me many of life’s lessons and I know many of my classmates share this sentiment. I still recite, and live, our school motto ‘SummumAttingiturNitendo’, Latin for ‘The Top Is reached by striving’. It is my hope that I am able to help a few students reach their summit, whatever their summit may be.”

Established in 1890 by the Roman Catholic Church and boosted in 1946 by the Presentation Brothers of Ireland, St. Mary’s College is currently celebrating its 125th anniversary.