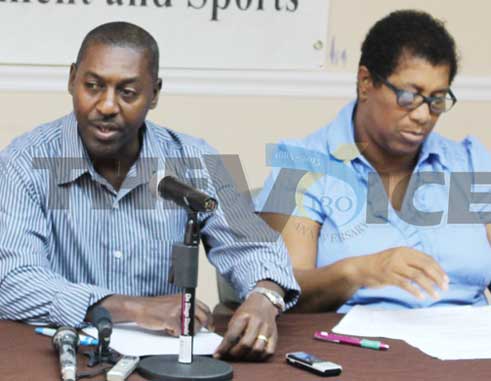 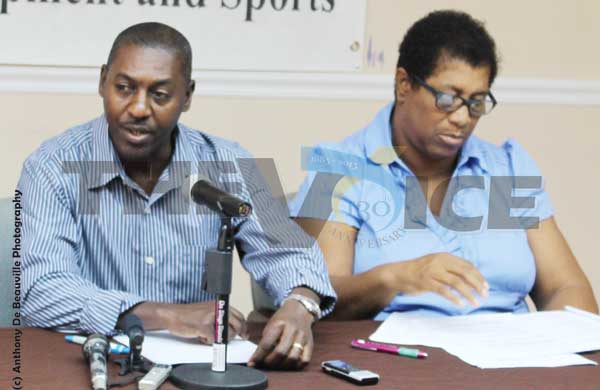 WITH only six days remaining for the staging of the inaugural National School Sports Awards Ceremony at the Marigot Secondary School, the excitement is building. The July 3 morning will commence from 10.00 a.m. and by all reports plans are progressing smoothly for the grand occasion.

Speaking at a media press conference held on Thursday morning Youth and Sports Director Jim Xavier said the ministry was elated to present the first ever National School Sports Awards, calling it “the evolution and growth of the school sports programme into blossoming nursery of athletes into clubs and community programmes island wide”.

He continued: “It makes the loud statement that school sports is critical to the development of sports in St. Lucia and the appropriate resources and recognition of key stakeholders must be duly undertaken to sustain this momentum of upward growth”.

The main objectives of the National School Sports Awards ceremony are to recognize talented students and teachers and other individuals and their contributions to sports and physical education, and to assist schools to keep physical education and sport as a priority for holistic learning.

Coordinator for the event Claudia Noel – Jn Baptiste in her brief presentation said, that out of the 87 primary schools on the island nominations were received from 18 schools which represented 21 percent. She said:” We had a wide spread with each of the District making nominations, but districts 7 led the charge with the most nominations.”

At the secondary schools level out of the 26 schools, 16 schools submitted nominations representing 62 percent. What was very interesting, Noel Jn Baptiste said was most schools nominated in all of the categories, with Sir Arthur Lewis Community College having the most nominations, a total of 16, followed by George Charles Secondary and Soufriere Secondary.