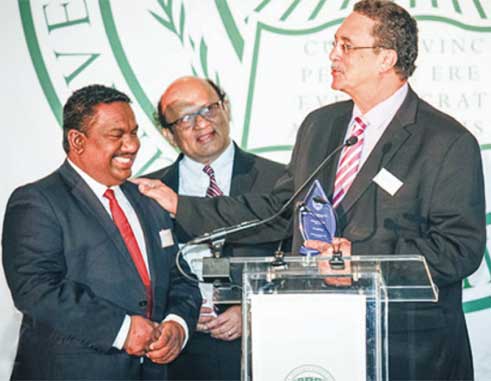 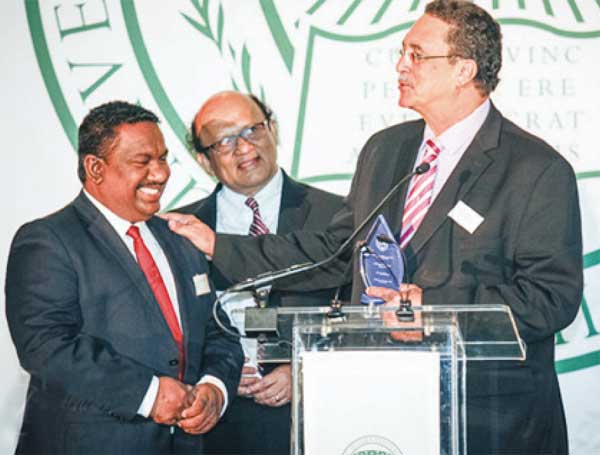 INTERNATIONAL American University College of Medicine, a growing centre for international education located in Saint Lucia, celebrated a long anticipated event last month as the class of 2015 graduated from the College’s Doctor of Medicine programme.

During the College’s first-ever commencement, family, friends, deans and dignitaries bore witness to this historic event, both for the University and for Saint Lucia, as 25 members of the inaugural class received their Doctor of Medicine (M.D.) degrees.

“This is a milestone for our university,” said IAU President Manmadhan Nair. “The members of this graduating class will excel in their careers in medicine and prove to be noble representatives for the University and the College of Medicine, specifically.”

Prior to the commencement ceremony, the University hosted a social reception for the graduates and alumni and their friends and family members. The commencement was held at the Dallas Museum of Art, in Dallas, Texas which is home to the Office of the Board of Trustees, the President, the Registrar and the Deans.

Prime Minister Kenny Anthony delivered the keynote address. VistaspKarbhari, Ph.D, President of the University of Texas at Arlington, also delivered remarks and congratulated the graduates on their achievements.

IAU President, Manmadhan Nair stated: “We are deeply indebted to the Prime Minister and the people of Saint Lucia for partnering with the University and providing a home for our institution. We can’t think of anyone more deserving of the honour of speaking at our Inaugural Commencement than the Prime Minister who invited us to establish the University in Vieux Fort in 2003.”

Following graduation, graduates will spend between three to seven years of their medical careers in the next phase of their training—the specialized programme known as residency. On March 20, results from “Match Day,” observed at medical schools around the US, revealed that IAU graduates earned coveted residency spots at various hospitals and universities in the U.S. including the Georgetown University School of Medicine and the Cleveland Clinic. The students vied for competitive positions that included pathology, neurology, obstetrics/gynaecology, internal medicine, psychiatry, paediatrics, and family medicine.