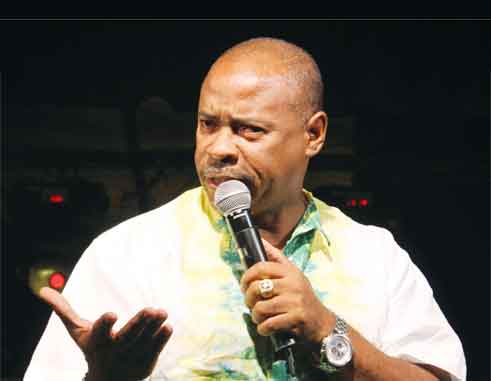 LAST Saturday’s second calypso show of the season proved that the calypso tents are still struggling. Before you know it, quarterfinals will be here and the dreaded judges would weigh in the balance the calypsonians’ fates.

In terms of crowd support, the fans definitely showed solidarity last Saturday at the National Cultural Centre (NCC). What seemed lacking, however, was the show’s ability to have the sort of impact organizers had promised the fans.

With the glaring absence of heavy-hitters like Herb Black, Invader and Mary G, among others, from the season thus far, an obvious gap exists, one that seems to be eating away at the core of fans who are already registering discontent.

Twelve calypsonians dropped lyrics on the audience on Saturday. Walleigh, Educator, Ready, Blaze, Ashanti, Q-Pid and Nintus clearly seemed intent on booking their places in this year’s finals. Ashanti’s “Nothing Eh Running”, Walleigh’s “Robots”, Educator’s “Boat Ride” and “I Believe”, Ready’s “Not Working” and “She Son’s Note”, Blaze’s “PokieCapute”, and Nintus’s “Gale We Go Ball” and “UnSouflé” are worth some serious listening.

Despite being known for her soca stage mastery, Q-Pid was both sultry and clever as she performed her calypso, “I Am For King”. It remains to be seen whether the soca diva can repeat her place in the calypso final this year.

A key concern shared by many fans was that too many artistes stopped short of giving the fans complete songs. If the season is to gain momentum, especially since the shows are being broadcast live on pay-per-view, these outstanding issues will definitely need to be worked out as soon as possible.