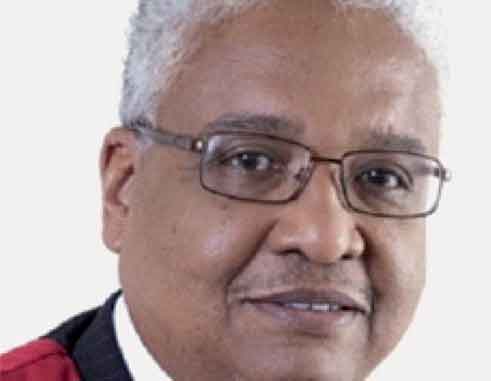 NIGEL Harris stood in a line of distinguished Vice-Chancellor’s, the last three of whom I knew very well – AZ Preston, Sir Allister Macintyre and the Hon. Rex Nettleford and it was therefore natural to wonder what attributes and skills he would bring, that would add lustre to the position which is so critical for the success of any University. The past ten years have shown that he has been a most worthy successor.

I had known him well since the days he carried out his clinical training in medicine at The University of the West Indies while I was Chair of the Department of Medicine. I knew first hand of his exceptional clinical skills, had followed his brilliant academic career abroad and was proud of him as he made significant discoveries in his chosen field of rheumatology. Others who knew him as Dean of the Morehouse School of Medicine spoke confidently of his capacity as an academic administrator, and it would be the last of these that would be put to the test in his capacity as our Vice-Chancellor.

Decentralised organisations present special challenges and it has been a pleasure to see him confront these with determination and overcome them. He would pose a lofty but realistic vision for The University—a vision which embraced the centrality of its role as the pivotal and premier West Indian tertiary academic institution, serving the governments and people of the Caribbean and dedicated to the substance rather than the rhetoric of excellence. He would bring that sense of values and the vigour necessary to make that vision a reality.

The movement from the conceptualisation to the realisation of the Open Campus must stand as one of his stellar achievements. By that development he completed the geographical regionalisation of The University as it sought to plant its roots more firmly and more widely in the Caribbean soil. His careful attention to the planning process and the development of strategic plans, with measurable indicators within the manageable interests of The University, will stand the institution in good stead through the years.

The physical expansion of The University has been nothing short of spectacular and the construction at last of fitting headquarters for the regional institution has been a notable achievement. Professor Harris’ tenure has seen an almost vertiginous growth of the student body and this has been achieved with objective evidence that the quality of the product has not been tarnished in any way.

Of course there have been problems. The University of the West Indies has not escaped the effects of the financial crisis which has affected the Caribbean countries which support The University. There have been the natural fissiparous tendencies inherent in decentralised organisations to be overcome. But throughout it all Nigel Harris has maintained his gaze firmly fixed on his vision for The University—a vision he has never failed to communicate within the Caribbean and in the various international fora in which he has represented The UWI with a dignity and competence that have brought plaudits to him and credit to The University.

I trust he leaves us with satisfaction that he has run a good race and kept the regional faith. I wish him and his wife, Yvette, every success in their future endeavours, and I write with a conviction born of years of observation that he will ever be ready to help if called upon and will continue to be a proud ambassador for his University of the West Indies.

(Reprinted with permission from “The Pelican”- A Magazine of the University of the West Indies: Issue 13 January – June , 2015)