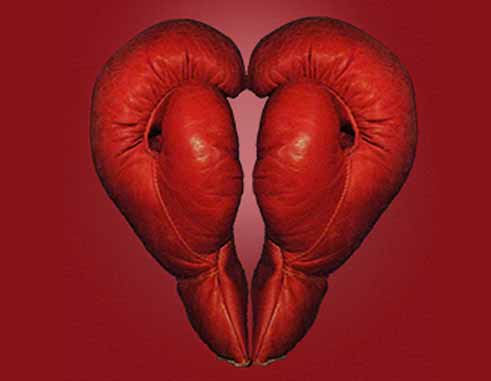 HOW far would you go to save your relationship from a “third party,” so to speak?

I’ve always stood strongly against violence of any sort let alone getting into fisticuffs with another woman for trying to have any kind of relations with my significant other.

However, last week I witnessed a situation that made me question my boundaries and my level of tolerance for infidelity.

Two women were arguing, not too far from my house and it was quite clear that the argument was between a wife and a mistress or as we in St. Lucia say, a “Jabal”.

I must say that from what I heard, I commend the wife for not losing her head and attacking the mistress because the taunting words that were being flung her way were definitely fight talk.

At one point, the mistress broke into song and started singing the lyrics from three dancehall tracks (“Me Tek Your Man” by Cecil, “I’ve Got Your Man” by Lady Saw and “Cheerful Giver-Share Her Man” by Ishawna). After all, the wife came after her and she, the mistress felt confident as she was on her own turf.

The mistress used the lyrics of the songs mentioned to indicate that she did not care about the feelings of the wife, that the task was easy for her, that she was enjoying herself and that she had no intentions of backing away from the woman’s husband.

I felt so sorry and embarrassed for the wife as she just stood there trying in vain to be heard over the mistress’s loud singing…she was almost pleading to the mistress to back off. I also felt angry that the other woman was being so brash and in-your-face about her indiscretions.

It was at that point that I began to question myself and ask just how far I would go in a similar situation because genuinely, I don’t know whether I would be able to refrain from channeling my inner Hulk and beating a woman to a pulp if she had ever taunted me in such a manner.

I mean that would be extremely far fetched because knowing myself, I firstly most probably wouldn’t even entertain an argument with that other woman let alone fight her but then I also know that I can’t stand it when people are trying to be “wrong and strong,” so there’s a possibility that singing to me that you took my man so easily or that I have no choice but to share my man would just cause a fuse in that head of mine to explode.

I’ve always been of firm belief that people need to stop finding themselves in such situations and rather than attacking the “outside man/woman”, they need to turn their attention to their cheating spouses and duke it out (verbally of course) behind closed doors and away from the cheeky eyes and ears of nosey neighbor,skinda like myself but also the “roro” seekers who enjoy nothing more than watching others in pain and spreading gossip.

I always sit and wonder about what goes through the heads of “jabals”. If I could sit with a group of them, I’d like to pick their brains about so many things and ask so many questions like; “Why would you enter into a relationship knowing that the other person is already in another relationship and in many cases even have children with their spouse?”, “Would you like someone to do it to you?”, “Does it not bother you that what you are engaging in is wrong and hurtful to someone who doesn’t deserve the pain? “Why don’t you get you own significant other?” and “Aren’t you scared that you might mess with somebody who’s spouse could react in an overly aggressive manner and hurt you or even worse?”

In every situation there is a necessary evil like the Yin Yang symbol but to me, this is one situation where I just can’t see any justification behind it.

Men and women who openly and readily partake in such situations need to take a look at themselves and see their true value. They need to see that rather than living the lives of sneaks, they could be in honest and loving relationships.

These people also need to be more responsible because with the rising number of suicides, I doubt that they’ll want to live with the guilt of knowing that someone took their own life because of their actions.

I listened to that argument that thankfully never escalated into a physical altercation and I’m scared to say that I’m now on the fence as to whether I would fight for love (and I wouldn’t advise anyone to run tests to see if I would or wouldn’t) but that wife’s courage and strength was a positive sign for me that self control is possible.

But still I don’t know…what about you readers, would you be able to keep your cool? What would you do in this situation?