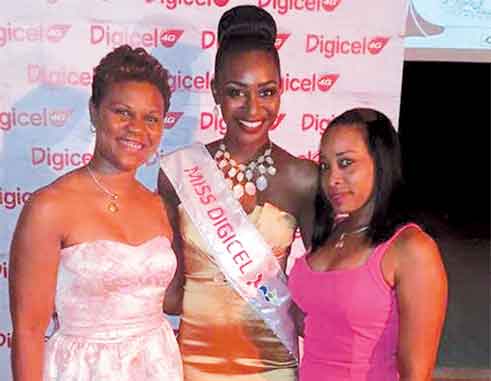 AS the platinum sponsor of the island’s biggest cultural showcase, Digicel continues to contribute to the development of St Lucia’s culture and carnival initiatives.

The National Carnival Queen Pageant has stood as one of the major events of the Carnival season for decades. Therefore, in keeping with Digicel’s philosophy of keeping St Lucia’s culture and tradition alive and cultivating extraordinary young talent, Digicel says it is elated to have Miss Austin as an ambassador.

Ms. Austin is also the reigning Miss Earth St. Lucia, a title she captured in August 2014, following which she went on to represent St. Lucia at the 14th Annual Miss Earth Pageant in the Philippines. During her reign as Miss Earth, She has been very active in creating and raising awareness about various environmental issues pertinent to our island and the wider Caribbean region.

Miss Austin’s talents also extend well beyond pageantry with an extensive repertoire as a local model. As an avid fashion guru she has graced magazines, calendars and runways.

Digicel’s Country Manager, Siobhan James- Alexander sais; ‘Digicel believes in contributing to the development of young people in every way and we are more than elated to be sponsoring the 2015 National Carnival Queen Pageant as well as Miss Francillia Austin. We have no doubt that Miss Austin will represent the Digicel brand vivaciously and professionally and will deliver at every opportunity”.