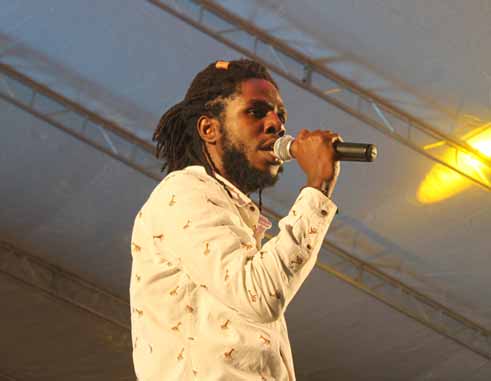 THE cordial relationship between Trinidad & Tobago and Saint Lucia goes back a long way. In the eighteenth century, when Lodge ‘Les Frère Unis’ in Soufriere, Saint Lucia was attacked by Brigands, the Brethren of the Order took their charter and fled to Trinidad where they exist today as ‘Lodge United Brothers.’ Later, and still under French influence, many citizens from Martinique and Saint Lucia relocated to Trinidad where some family names are still recognizable. During the 1940s more Saint Lucians migrated south, this time to Cayenne (French Guiana), while others made their way to Trinidad, and later to Curacao and Aruba.

One should therefore not be surprised to discover a special bond between the twin-island republic and Saint Lucia. Indeed, of late it appears that an even closer (and special) relationship has been evolving between the two CARICOM partners. The twin island jealously copies Saint Lucia with its successful Jazz Festival, among other things. To this end Tobago has for many years now, quietly sent observers to study how Saint Lucians celebrate their several heritage festivals.

Tobago now promotes its own Jazz Festival, and it has re-discovered its Pigeon Point – matching Saint Lucia’s. Tobago also seemed determined to re-discover the French madras and now counts its history by several changes of hands between the French and the British. In the meantime Saint Lucia Jazz keeps re-inventing itself in order to stay relevant and ahead of the competition. With Tobago so determined to out Saint Lucia, Saint Lucia, proud Saint Lucians ought to pause and say a hearty welcome to the ones who so wish to emulate them.

Excellence does not feel threatened by imitation. It must however continue to re-create and refine itself (and its annual events) by adding new ideas, new value and exploring new markets. We ought therefore to say a special welcome to our brethren from Trinidad and Tobago and of course to the rest of the Caribbean to this year’s jazz and Arts festival. Perhaps an annual ‘Special Caribbean Day’ with unique cuisine, music and drink should soon be arranged here. In the meantime, Saint Lucians ought to be on best behaviour and ensure a successful and crime-free Jazz and Arts Festival, 2015. We love you too. Enjoy!