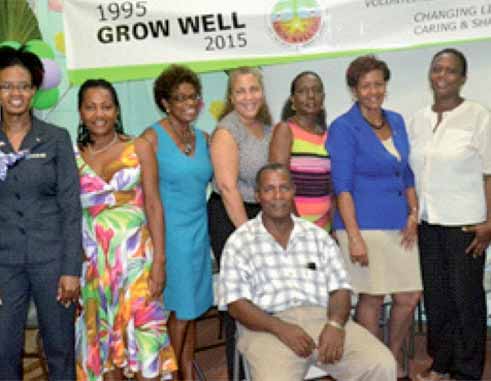 GROW Well Inc. celebrated its 20th anniversary at its recent annual general meeting held at the Grow Well Centre in Gros Islet. At that meeting members elected the executive who will lead the organisation for the next two years.

A highlight of the evening was the presentation by Paul Lorde, Grow Well’s president who traced the history of the organisation, its early pioneers, their goals and early programmes for youth at risk

The guest speaker Ms. Fortuna Belrose continued Grow Well’s 20th anniversary theme and spoke of caring, sharing and changing lives. She addressed the basic needs of children, and the ingredients volunteers must apply to be effective in caring for and changing young lives for the better.

Lorde and Dubisson were awarded Honorary Life Membership for their distinguished service to the organisation.