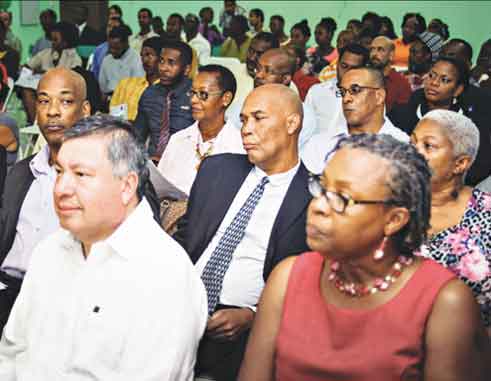 Well organized! Superbly presented. They are a professional group! I was so proud to be a Saint Lucian. Where did this GEF come from? They are everywhere. Simply Excellent! And to think that volunteers with two staff members accomplished all of that. Wow!

These are a few of the superlatives that people used to describe the presentation of the second annual report by the Global Environment Facility Small Grants Programme United Nations Development Programme on Tuesday..

The presentation began with the arrival of the Governor General and the singing of the National Anthem. She was preceded by the Prime Minister. I must tell you that Dr. Veronica Simon who was the chair of the proceedings and is also the chair of the volunteer National Steering Committee (NSC), had my brain at attention and imbibing everything she said. There is something about short ladies with a captivating melody in their voice that always commands my attention.

Prime Minister Kenny Anthony’s speech had me immediately concerned. The fact that we are destined to suffer inordinately though we are insignificant producers of greenhouse gases, left me thinking of all forms of injustices. Human beings had it their way in the past and now the elements of nature will have the final say – that is all I could think of. I became even more perturbed when the Prime Minister quoting from studies completed at Oxford University and the International Institute of Strategic Studies, identified climate change as a “threat multiplier” which could bring about social and political unrest. I am going to do some research on that. Already, I have found authors who are presenting information on the role of climate change in the Arab spring uprising.

After presenting the many impressive facts of the programme’s impact on employment, income, capacity building and the environment, the P.M. asked the question that was uppermost in my mind, i.e., why is this programme having such an impact. He itemized the reasons as follows, which I have copied here:

• “Direct Financing to CSOs which requires the establishment of systems and structures of accountability, which serves to leverage additional co-financing by inspiring the confidence of co-funding agencies;
• Connection with highly trained professionals at various stages in the project cycle;
• Introduction of new technologies where needed;
• An approach which focuses on Learning;
• Support from staff and access to a global database of over 18,000 projects;
• Capacity Building from concept to completion;
• Speed in responding to needs; and
• The work of many Volunteers”. 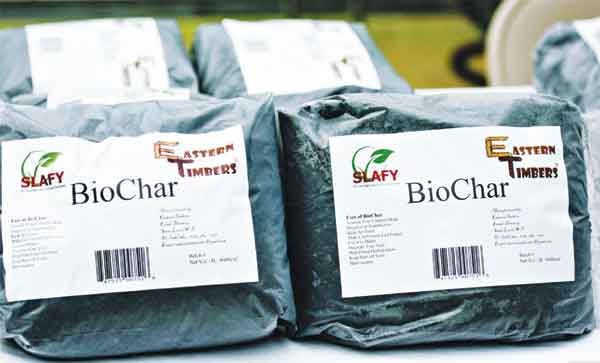 Then he concluded: “I must state as Prime Minister, that if this formula is working and continues to improve, we must support it for the benefit of our people”. I could not agree with him more.

Towards the end of his speech, some level of buoyancy returned to me when he ended with a recommendation, i.e., we must live up to the true values of being each other’s neighbour in this period of dynamic change and uncertainty, as we are all linked in an integrated system of mutuality. Wow! I never thought politicians believed that.

Then came the crème de la crème. Giles Romulus masterfully presented the Annual Report with an eloquence that had my mind like a sponge. I never knew that facts, passion and eloquence could fit so nicely together and could address my growing ADD (Attention Deficit Disorder) for anything beyond one hour. He laid the social and economic context and went to the results using a well illustrated power point presentation. Saint Lucians listen to this: In one year of programming, the GEF SGP funded 19 projects which was more than an 18% increase from the previous year, and with 35 projects at various stages of completion have managed to employ 339 persons and train 1084 others. Most of these have been trained in areas such as maintenance of rain water harvesting systems, social surveys, basic and advance apiculture, marketing, nursery management, GAP, organic farming, conflict resolution, small business management, and more.

Well Romulus had my attention. No ADD now please. Then he came to the Environmental Results and I knew I would be contacting him soon.

The programme has produced management plans for endemic species and Laborie Bay is about to become the latest marine management area with a marine buoy system and solar lights. In the area of land degradation, the people of Millet have established a plant nursery and have made available over 9,000 trees to people in the Millet Watershed, and they along with the Forestry Department have initiated an experiment to introduce agouti into the protein stream in Saint Lucia. Romulus also mentioned that the Sacred Sports Foundation is about to sign a lease with the Saint Lucia National Trust to develop a 10 acre aquaponics and organic farm in Anse la Liberté, Canaries.

Other fascinating projects included the establishment of Saint Lucia’s most modern charcoal production factory, with a 25 percent better efficient rate than traditional methods and the soon to be implemented healthy rain water harvesting system in 38 households in Bouton. We were informed that there is an apiculture project in Saint Lucia which is testing the hypothesis that natural apiculture is superior to chemical dependent apiculture and the list goes on. For more you can always visit the resource center on the SGP website at http://gefsgpundpsaintlucia.org

My favourite project however was SGP’s role in the establishment of the Vaughan Arthur Lewis Institute of or Research and Innovation (VALIRI). The reason is because finally the Sir Arthur Lewis Community College would be coming down to the valley of reality as Romulus said. They have already been given a US$50,000 grant and they are to raise an equivalent amount in cash and in-kind co-financing. Among the objectives of VALIRI are to conduct sound research, and to design short term courses to build the capacity of NGOs and CBOs in Saint Lucia. Alleluia! I can now encourage many friends to go there. Let’s get this on its way quickly, VALIRI!

The rest of the programme focused on saying thanks to outgoing volunteers from the National Steering Committee (NSC) and recognising members of the new NSC. I do not know the gentleman, but he was recognised for a decade of service of volunteer work to the NSC and Saint Lucia, and received a citation from the programme which was handed to him by the Governor General. Mr. Wenltand Paul has set a mark which I hope is surpassed by each succeeding volunteer for the betterment of our Saint Lucia.

Then the official ceremony ended and the knowledge fair began. Seven grantees put on a high quality exhibition of products of all kinds. From organic farm produce, to honey, to bio char, mulch, compost, solarisation of houses, and my favourite the gastronomic section. The people of Millet are engaged in a national experiment with the Forestry Department to introduce agouti into our national protein diet. At first, I did not want to partake, but when I saw the Governor General and Romulus eating agouti prepared under the management of Chefs at Sandals, I jumped in. Well as we say in Saint Lucia, I almost ate one of my fingers. Hear this Saint Lucia, the Millet Development Committee and the Forestry Department will soon be hosting a Gourmet Night in Millet – I am already planning to be there. And above all, this is all part of a project funded by GEF SGP in sustainable agriculture.

I must end now, though I have so much more to say. I recommend that you visit the GEF SGP UNDP new website at the link stated above. For me, if the pessimism I see in some parts of Saint Lucia is a wave, then GEF SGP UNDP is bringing about a tsunami of positive change. Already, I can’t wait for the third annual report. Bravo SGP!