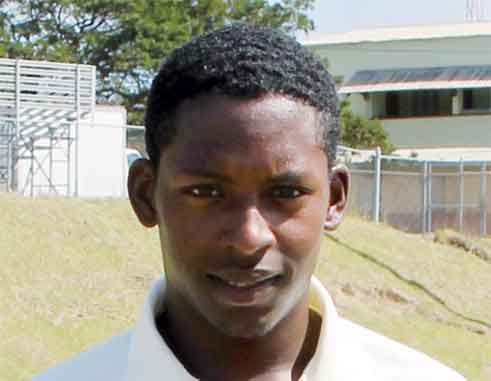 Sent in to bat, South Castries were dismissed for 230. Simon scored 76 and Mario Lawrence 71. Bowling for Dennery David Percival bagged 5 for 39.

Dennery got off to a poor start losing their first three wickets with only 14 runs on the board. They, however, recovered to be dismissed for 196, ThaddeusFaucher hit 47, Claudius Monerville 30 and David Percival 28.

For South Castries spinners Calixte picked up 4 for 65 and Eldridge Charles 3 for 50.

Batting a second time with a slender lead of 34, South Castries declared on 179 for the loss of 8 wickets with Junior Peter top scoring with 69, Tonius Simon 32 and Clever Sexius 31 respectively.

Needing 214 runs for victory, Dennery at one stage were 142 for the loss of 4 wickets, but lost their last 6 wickets for 47 runs.

Bowling for South Castries Calixte had 5 for 45 and Kervon Lewis 3 for 59.