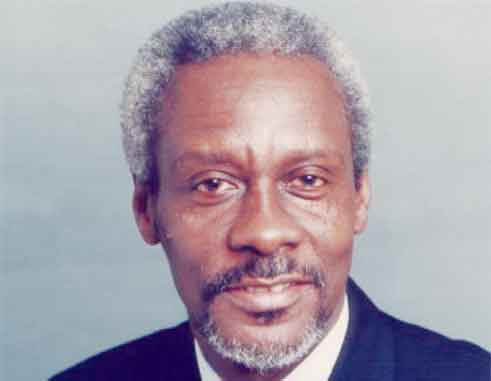 MONTEGO BAY, Jamaica, April 15, 2015: Former Jamaican Prime Minister P.J. Patterson has challenged the Caribbean to embrace the warming of relations between the United States of America and Cuba as opening up new opportunities for the region, particularly in trade and tourism.

Patterson was delivering the keynote address to the 3rd CARIFORUM-EU Business Forum hosted by the Caribbean Export Development Agency (Caribbean Export) being held in the resort city at the Hilton Rose Hall Resort & Spa in collaboration with the ACP Business Climate facility (BizClim). He painted a vision of CARIFORUM in international trade relations with Cuba as an integral part of the Caribbean.

With a population of approximately 37 million, the region would have an expansive economic zone with various advantages, among them, controlling very significant sea and air routes.

Patterson, who is also a former Minister of Tourism, sees the new Caribbean as a large tourist area being able “to exercise real control over the berths for one-half of the world cruise ships.”

It would also be a boost to building a creative industry with few gaps. “The inclusion of Cuba would strengthen greatly the educational and health infrastructure. It would increase the depth and diversity of the creative and other touristic offerings,” he advised.

As one of the region’s most accomplished negotiators, Patterson posited that the size of the internal market and production base would increase dramatically and begin to demonstrate and lay a stronger and more operational base for South/South Trade.

The Jamaican statesman advised the CARIFORUM participants that a redefined Caribbean “would be a powerhouse in world sports, not just in the sprints in world athletics, and in the world’s music industry, but also as a centre, not a backup for the movie industry.”

Another major plus is that the Caribbean control a not too insignificant part of the world’s marine and terrestrial biodiversity for the pharmaceutical and food industries.

“The main recommendation for the States of the Region is for them to see a big picture – the region as a unit to deal with the world – not as fragments to be exploited by the rest of the world. They must see the Caribbean as a complementary force for external competition and not as parts for internal competition”, said Patterson.

He declared that the time had come to enter a new frontier to secure the region’s full share of an area of soaring global growth, “the Knowledge Economy” – which he described as a niche anchored by cultural heritage, creativity, innovation and superb talents spanning the range of arts, music, sports, animation, festivals, food, wellness and the hospitality trade.

It seeks to foster a business enabling environment for the Private Sector in ACP countries and regions by improving legislation, institutional frameworks and financial measures.