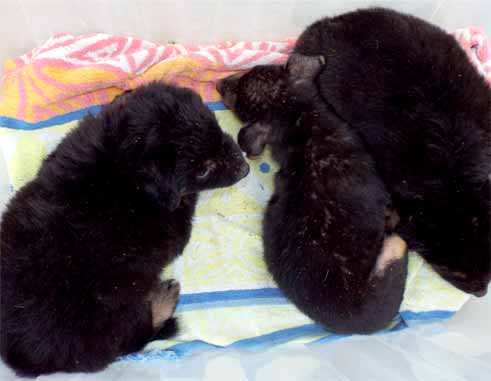 THE St Lucia Animal Protection Society (SLAPS) is pleading for assistance from government so that it can continue to provide itsservices tothe island.

The plea comes in the wake of the most recent rescue of three young puppies in the Barnard Hill area over the weekend.

President of SLAPS Pamela Devaux spoke of the uphill battle that the society faces on a daily basis just to keep the organization afloat.

She also revealed a deeper and more damaging side to the problem which she said inadvertently damages the island’s beautiful reputation.

The SLAPS president said she has reached out to a number of entities including the Castries Constituency Council, the Gros Islet Town Council and different ministries in the government for assistance.

One of the ministries that she feels should really take heed is the Tourism Ministry. “One of the things that we try to impress upon government is that this has a big impact on visitors. We get a lot of calls from visitors who are really upset about what they see. But you know, animals are not a priority which we understand but all we need is a little piece of land and then that would set the ball rolling. If government would just find a little piece of land that is suitable with access to water and electricity then we could do so much more.”

Devaux said calls for rescues like the one they were executing on Saturday occur much too often for them at the moment especially since they are working with extremely little resources or help.

Lately according to Devaux, the organization has been getting at least one call per week from people who found or want to give up puppies or kittens.

This she said is proving to be a major strain. “It’s really difficult because we don’t have a shelter, we’re a very small organization so there aren’t a lot of us to do all this running around plus we’re trying to raise funds to continue our work. We do a lot of spaying and neutering with local vets and we rescue as many puppies as we can. Unfortunately, we can’t take a lot of dogs because we just don’t have a place to put them.”

Devaux said the ratio of adoption versus rescues is equivalent to taking one step forward and two steps backward where when one dog gets adopted, three more are rescued in the same day.

There are currently six active volunteers working with the organization. However, Devaux said the number is still too small.

She said: “It means that all our time is taken up doing things like this which we want to do but there’s a lot of other things like a video that we want to put out into the schools. We have fundraising and we have other projects but because we’re so short of volunteers, we can’t get around to do all the things that we would like to do. So we need volunteers, we need members, we need homes desperately and we also need foster homes…anybody who can look after kittens that are in immediate danger whilst we find a permanent home.”

Devaux said there is currently one foster carer who is housing 17 dogs.