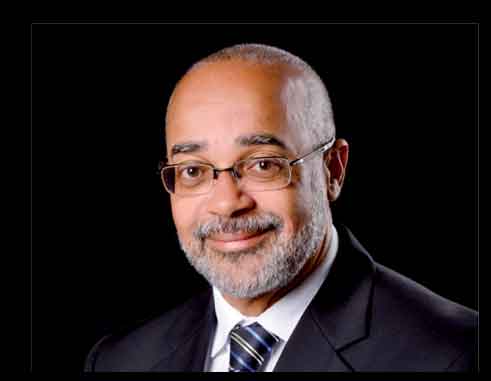 AGRICULTURE Ministers of the Organization of Eastern Caribbean States (OECS) have been called on to significantly reduced the sub-region’s growing food import bill, which in 2011 stood at US$473 million, accounting for almost 20 percent of total imports of goods into the sub region .

Didacus Jules, Director General of the OECS issued the challenge at the inaugural Council of Agriculture Ministers Meeting last week in Kingston, Jamaica.

He wants Ministers to re-assume what he called “the elemental responsibility to be able to feed ourselves”.

“The disturbing reality is that we have become net food importing countries with some countries importing in 2011 as high as 95 percent of their food and with the lowest importation in the OECS standing at an unacceptable 55 percent,” Jules said.

He is of the view that collectively the sister countries of the OECS can reduce their food import bill by half within the next three years.

“Once we can achieve this….then we would have set the stage for making a fundamental impact on reducing poverty, and positioning our farmers and agri-entrepreneurs to start penetrating export markets. The first arena of penetration is our very own OECS region,” Jules said.

He added that the challenge of restoring food security in the OECS has become more exciting with the inclusion of Martinique which recently joined the OECS as the newest Associate Member hereby expanding the OECS market size by a population of over 400,000. Martinique will soon to be followed in the OECS by Guadeloupe.

“With the inclusion of our French sisters, the market potential becomes significantly greater and more lucrative but the bar is also raised exponentially as entry in this market will require production to exacting European standards” Jules said.

He noted that the vision that must drive this transformation must be an agri-centric growth and development model that reorders the production-consumption dynamic in the regional economy.

That model, he says, repositions the rural economy to the centre of a more inclusive, integrated and self-sustaining socio-economic system that leverages the natural and human resource base to generate prosperity for all.

“So rather than seeing our economies as being dependent on and constrained by our natural resource endowments, we change the paradigm to one in which production and consumption patterns are driven and sustained by the natural and cultural wealth of our rural communities” Jules said, adding that is the only way OECS agriculture can take the quantum leap that will move the growth needle from a six percent contribution to GDP on average to a 16 percent contribution to GDP in 10 years.

“Given the current dismal performance of the sector, this is a challenge to which OECS agriculture must rise if the regional economy as a whole is to achieve the target growth rates of 4 % to 6% that have been set by the OECS Commission and the Eastern Caribbean Central Bank. This is the key challenge that this inaugural Council of OECS Agriculture Ministers needs to address.

“We are relentlessly driving the implementation of the Revised Treaty of Basseterre so that the single economic space that the OECS is envisioned to be becomes a seamless, dynamic innovative space in which bold new solutions to old problems are actualized. Our vision priorities for the implementation of this mission rest on a fundamental principle that only integrated, multi-faceted interventions can provide the cost-effective and impactful results that we seek. Solving the problem of food security is simultaneously saving foreign exchange, boosting agro-exports, reducing rural unemployment, and improving national nutritional standards. Let us therefore resolve to restore agriculture to productive pride of place in the OECS economy and just do it,” Jules said.