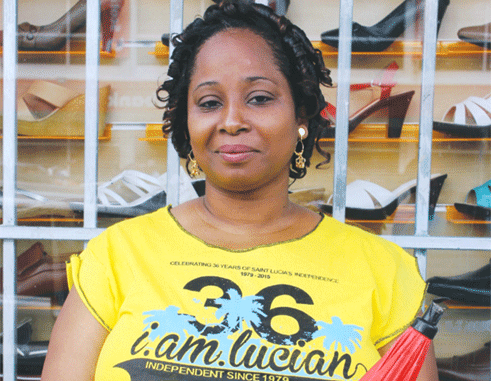 THIS year’s Independence was a truly extra special one for me on many levels. Not that the previous anniversaries of our nation’s Independence were not as significant. However, what sets this year’s anniversary apart from the others was that I got the chance to see more than ever the pride, hard work and talents shine brightly through the celebrations and the moments.

For starters, I was pleased that the Independence celebrations – at least the main events – were moved to the south of the island. While many people raised objections about the change. I had a different opinion. Firstly, having attended and covered Independence activities in the north over the past years, I’ve noticed that the venues seemed much too large compared to the pathetic audiences that trickled in for what they misconstrued to be a ‘blocko’. Secondly, since the north of the island does not fully constitute the entire island, it’s only fair that major public events become decentralized. If I lie, say I lie.

It turns out that Vieux Fort and surrounding communities embraced the venue shift wholeheartedly, much to the chagrin of their northernmost countrymen. In somewhat of an open display of bragging rights, the southern town also displayed that warm and friendly hospitality for which it is widely known. Obviously, the rest of us from the east, west and north of the island had no choice but to make the inspiring journey to Vieux Fort to partake in the island’s 36th anniversary of Independence. Some of us probably ran into long-lost friends and relatives in doing so.

I was especially proud to see more Saint Lucians got involved in this year’s celebrations. Whether it had to do with the debate that the large photos placed in Constitution Park needed names attached to them or whether we’re really independent did provide for some tasty Kwéyòl food for thought for many. If anything, the occasion facilitated discussions on various levels and fronts, ranging from optimism to cynicism. Moreover, the large turnout at the Phillip Marcellin Ground on Independence Day demonstrated that the more this country is criticized, the more she is loved.

Apart from the Independence Day celebratory rally in Vieux Fort where pride and talent spoke volumes, I was also humbled by the SLHTA/NRDF Cake Decorating Challenge and the Independence Investiture ceremony.

The cake decorating challenge took place on February 21 and pitted three past students from the National Research Development Foundation against three pastry chefs from leading local hotels. Participants spent the day before baking their cakes and spent the Saturday decorating their Independence-themed cakes. To watch the high level of creativity that went into those chefs’ work second after gruelling second was beyond a million lit candles in a tiny room. They sure did give “Helen” some birthday cakes to continue living and striving for.

The investiture ceremony was held last Sunday at Government House where about 32 citizens were rewarded for their tireless, passionate and sterling contributions to our country. Having to sit through that two-hour-long ceremony had to be proud and inspiring for those present or who viewed it on television. There were Saint Lucians who had given yeoman service to this nation in various fields. In many cases, the golden needle of their contributions sewed through decades, stitching into place many of the freedoms, privileges and comforts many of us now enjoy. Many of them were well-known before Sunday but all of them should earn a place in our memories if only for what they have contributed to our country.

In everything we do or are blessed with, we must always give thanks. And so despite all of us acknowledging that this nation still has more miles to go beyond the measure of its circumference, a huge thank-you must go to all those hardworking people who must have spent countless time and effort to piece the plans for the Independence celebrations mosaic together. From the organizers to the artistes or those who did their part to summon the level of patriotism displayed during our island’s recent birthday celebrations, kudos!

In case you missed it, just days after we observed our 36th anniversary of Independence, history was made when for the first time a woman assumed the highest position in government. Minister for Commerce, Business Development, Investment and Consumer Affairs, Emma Hippolyte, acted as Prime Minister from February 25-28 due to the absence of Prime Minister Dr. Kenny Anthony and Deputy Prime Minister Phillip J. Pierre who were both off-island on business.

While this might not seem anything much to many people, it must be noted that each day creates a new page in history, including ours. As our women prepare to be placed in the brighter spotlight of this Sunday’s International Women’s Day, this should serve as an impetus to all women to aspire to greatness as Fair Helen continues to do. With American politician Hilary Clinton being viewed as the likely Democratic pick for the 2016 elections, who knows whether history will be created with her becoming the first female American president.

For me, creating history is best appreciated by contributing to the greater good rather than sitting in armchairs and expecting everyone else to both do the work and sing the praises. So until next Independence Day, we should all make a concerted effort to prove to ourselves and the world that we don’t just pick up and run with patriotism as just a sideshow. Keep that spirit alive. If you asked me, that makes us look like a pappyshow and we certainly don’t want that stigma following us around.