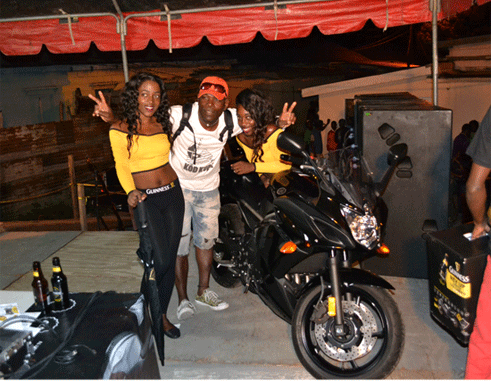 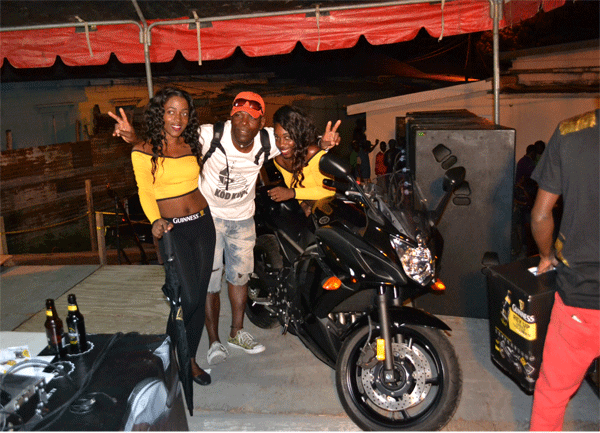 IN January Guinness launched one of its most exciting and spectacular “Under the Crown” (UTC) promotions in Saint Lucia and has been spreading the word with “Rev Up Road” shows throughout the island.

The official launch of the promotion was held at the KakaBef, Vieux Fort on February 8 and attracted hundreds of persons. It also featured local performers and deejays. The roadshow has since stopped at Pigeon Island in Gros Islet, Jeremie Street in Castries, Micoud and Roseau.

The star of the show has been the grand prize of the “Under the Crown” promotion, a Yamaha FZ6R motorcycle, which persons can get a chance to win by collecting six Guinness crowns with the motorbike symbol and filling out an entry form which can be dropped off in specially marked boxes.

Other coveted prizes which can be won instantly by looking under the crown of the Guinness bottle include a free Guinness and cash. Guinness drinkers can also win $100 Fuel Vouchers, smart phones from DIGICEL, Apple Ipods, $250 grocery vouchers, LED smart TVs and lots of merchandise.

There have already been lots of winners and the road show action continues this weekend in Aux Lyons on Saturday.

Speaking about the promotion Sylvester Henry, Guinness Brand Manager, could not hide his own excitement. “When we do the roadshows you see how much people are thrilled about the prizes and look forward to looking under the crown to see what they got,” said Henry. “They gather around the bike and you know this is one prize everyone wants to win”

He explained that this latest ambitious UTC promotion was tied into the launch of the new look Guinness Bottle which was also launched in early February.

“We had a global redesign of the classic Guinness label,” he explained. “As we rolled out this new appearance locally, we also wanted to celebrate and reward our new and loyal customers, hence such a spectacular and grand UTC promotion.”

The Guinness “Under the Crown” promotion continues up until March 31.