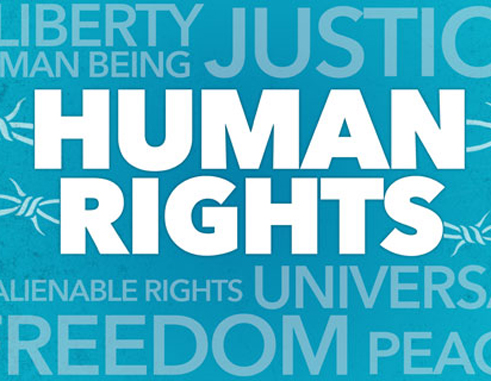 IN all today’s global talk about rights and freedoms, I often get the impression that the world has forgotten the basic human rights of life – to food and water, clothing and shelter.

The recent chilling Charlie Hebdo Paris massacre and the equally chilling European anti-immigrant response have brought out the good and bad from all quarters — one way or another. Fanatics pledge to do worse, advocates of reason are sidelined.

But while we quickly weigh the new factors and fear the future, the world keeps turning at the very same old speed. The global economic powers boast the world economy is recovering, but the excesses that divide the human race remain — and grow.

In the meantime, the number of people in Europe and the USA losing good jobs and being forced to seek free meals at soup kitchens is growing rapidly. Where famine and poverty used to be only referred to in Africa, today hunger in the north is coming out of the dark and into the global light.

But even while we cringe at the horrors of the increased numbers of people facing poverty and starvation, homelessness and stark nakedness everywhere, we’re also being told it doesn’t have to be that way.

Global hunger and undernourishment just should not exist. Each day the world’s farmers produce enough food to feed every one of the nearly nine billion people on the planet — and at a rate higher than the UN’s World Food Programme (WFP) recommends.

The WFP reports that over 805 million people on earth today still have too little to eat. Today too, one out of every nine people throughout the world is undernourished.

But we’ve also always known that less than one percent of the total amount spent on wars, arms and new killing machines can wipe out poverty in Africa, Asia, Latin America – and Europe. And this knowledge is what inspires the worst out of those unwilling to reason for change.

The one percent in America and Europe had to ‘occupy’ the financial citadels in London and on Wall Street to make their point, but only for a short time.

Today, one in four European youth is out of work and ‘social supermarkets’ are flourishing across Britain, where excess or rejected food from supermarkets are sold to targetted persons in need. Children across the UK aged 12 and under are also being taught at school how to make a whole meal of high calorie content at low cost, on a tight budget.

But while Europe and America are forced to look inward and smell the coffee, old attitudes still ride high. Lives in Africa, Asia and the Middle East are considered less valuable than European or American souls. The world is still being asked to cry for Charlie Hebdo, but not a tear has been sought for the terrible terror of over two thousand Africans slaughtered and burned to death in northern Nigeria by Roko Haram at the same time as the Charlie Hebdo massacre.

Today, the west still sees African, Asian and Arab lives snuffed by their drone bombs as much as the ‘collateral damage’ referred to by then US Defence Secretary Donald Rumsfeld in response to the untold numbers of innocent civilians killed in Iraq and Afghanistan yesterday, in Syria today and in Vietnam yesteryear.

Yes, it’s still an unfair and unequal world we live in, where the injustices become more clear and distinct by the day, while we argue over rights to insult in the name of freedom.

And no, it can never be that ‘Wonderful, Wonderful World’ that we all wish for and dream of, as long as we don’t give equal attention to the equal right of every one of the world’s over eight billion people to food and water, clothing and shelter.