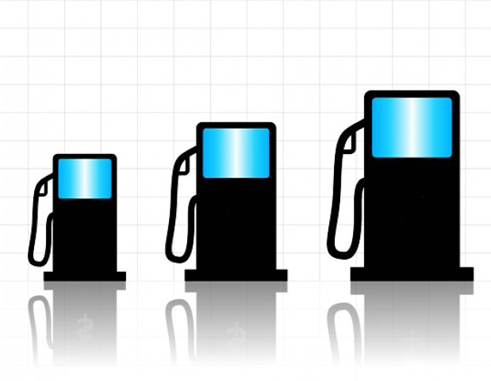 With the dramatic reduction in the cost of fuel worldwide, citizens from all walks breathed a sigh of relief after carrying a burden of unlimited dimensions, while oil producers simply embarked upon lavished lifestyles from these earnings to unprecedented levels. The fatal blow has now been dealt upon us by some of our own politicians who pretend to have our welfare and interest at heart. Politicians who prematurely failed to calculate the repercussions, if the correct decisions were not implemented in the final analysis, but more importantly, politicians who wrestled and vacillated with themselves until the very last hour, by reluctantly keeping the petrol station distributors at bay.

How could any administration be so heartless, by refusing to deliver unto Caesar what belongs to Caesar? The St. Lucia government is entitled to an excise duty of $2.48 per gallon which is paid up front, but denying the ordinary man of his just reward from the fuel windfall is unconscionable, having already been clobbered with a number of stealth taxes, this remains the last straw in breaking the camel’s back.

Here we have an administration, hell bent on building expensive bridges from the north to the south, edifices and parks, while the social fabric and fate of the youth are allowed to wallow and decline, unlike our neighbouring islands of St. Kitts, Dominica, St. Vincent and Grenada which took the honourable decision to pass on the fuel windfall to its people.

It must be driven home to this administration the method of doing what is right, while caring about the plight of St. Lucians. We were relentless when this administration endeavoured to fall for the bait of taking fuel from Venezuela on credit terms through the PetroCaribe cartel and fortunately as a result of the pressure applied, St. Lucia remains in the fortunate position of not accepting one gallon through PetroCaribe. Today, countries like the Dominican Republic, St. Vincent, St. Kitts, Dominica, Antigua and Jamaica which made the cardinal error in accepting fuel payable over a twenty year period are now saddled with a loan for fuel at over $100 dollars per barrel while the international price on oil today is at a low of $48.00 dollars per barrel.

While revisiting the economic status of Venezuela today, this country has started disposing of its debt collateral to wealthy stock brokers in the US at a reduced cost to get hold of cash, not taking into account that the US companies will now come down with a heavy hand upon the countries indebted to Venezuela. These are the harsh realities of governments seeking to derive blood out of stone when such a formula does not exist.

I want to appeal to the Kenny Anthony administration to make the honourable decision and pass on to the people of St. Lucia the going rate of the current price of fuel to alleviate the suffering brought about by a commodity which is used at every twist and turn of our lives.