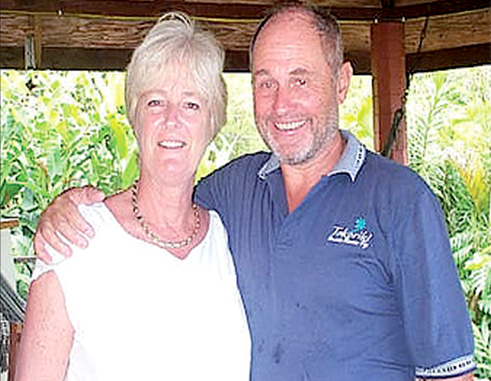 THE family of the late Oliver Gobat who was murdered here nine months ago say they are convinced that he was killed on the orders of “drug barons on the island”.

Police have not turned up any significant leads in the investigation into the April 2014 murder of Gobat, whose dead body was found in his burnt out vehicle at Cap Estate.

The family said he had been shot in the head. They have posted a $500,000 reward for information leading to the persons responsible for his death.

In an interview with Britain’s DAILY MAIL earlier this week, Gobat’s father, Theo Gobat was quoted as saying that his dead son was part of a consortium looking to expand The Landings, a resort hotel in Gros Islet with which he was involved.

Theo said: “We believe Oliver was murdered because of a deal he was putting together for The Landings. Two thirds had already been developed and there is another third that can be developed.

“We believe his death was linked to what was going on at The Landings. We believe that there was drug money involved and they (drug barons) wanted to wash their money there.

“Helen (Theo’s wife) and I are pretty convinced Ollie was killed because he would not cooperate and because it was his group that was going to win the bid. They wanted him out of the way.”

The online newspaper said that such is the Gobats’ belief that drug lords were involved that they have been forced to hire armed guards while they are in St Lucia.
They no longer feel safe on the island and fear they too have become targets for refusing to allow their son’s death to go unsolved, the paper reported