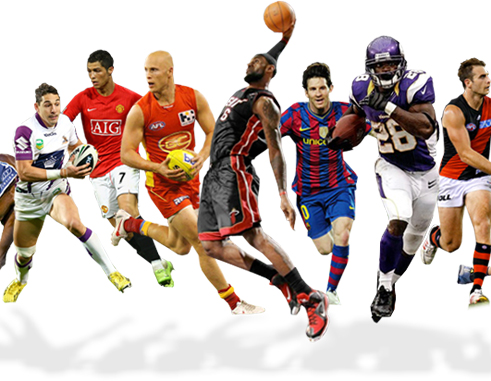 AS we are about to bring the curtains down on what appears to be a mixed year for St.Lucia sports personalities and for sporting activities organized, our sportsmen and sportswomen need to take the time out and look beyond the respective performances that they attained.

The time has come for all stakeholders to come on board and rise up to the challenges and sporting missions that lie ahead in 2015.

It’s not too early to ask the relevant stakeholders / national sports associations for an improvement in the way they do things, by putting their houses in good order and ending the below-par standards in the way they operate. This will cause St.Lucia’s sportsmen and sportswomen to feel secured, be soldiers for the sport, and champion the causes so that when they go out to represent us, they will be in a patriotic and competitive frame of mind and proud to be wearing our national colours.

If we take time to look around us, sports in our society today is more popular than one can ever imagine. But interestingly we have an average number of athletes who participate in a variety of youth, school, club, community and recreational sports. That number needs to be doubled.

Allow me to single out “Recreational Sport”. I am talking about the various fun walks being organized, such as the ever popular Pinehill event that attracted close to 5000 participants and the Walk for Cancer that keeps on improving yearly. They attract more people compared to when a national sports federation puts on an event of that nature together. That say’s a lot about the level of organization. The next big event that once attracted a full house was the Senior Games both in participation and support. They too have had some issues and one hopes come 2015 the seniors will be given a chance to showcase their talents of yesteryear.

In a bigger picture sports has not become a permanent fixture in the lives of St. Lucians, like carnival, the St.Lucia Jazz, Jounen Kweyol etc. The priority and support given to these national activities are not given to sports.

Some pundits may say, we’re spending money for sports, we’re spending money by sending our national teams out to represent the country. That’s all well and good, but there is still a lot to be done to get where we should have been a long time ago, and I am talking about our first Summer Olympic Games outing in Atlanta in 1996. Eighteen years later we are on the same page.

We are still playing catch up time. We have left out the word “preparation” to die along the way, another key component in sports.

We have the Inter Secondary School Sports, National Junior Track and Field Champions, Under – 14 Games, United Insurance Secondary Schools Under – 19 Cricket Tournament and Blackheart Football. Swimming and Basketball have come a long way. Football has picked up and is showing signs of a major come-back and that’s at the national level. Volleyball needs to do a lot more to attract new players right across the island, cycling must maintain their community series to stay afloat. One hopes under Liota Charlemagne – Mason’s leadership and guidance for the next two years netball will return to its glory days. Our under – 15 cricketers continue to do well and they are the shining light of hope. They need to be given more attention. Body-building has finally put its politicking aside and has now elected a new executive to run the affairs of the members.

On the other side of the fence, question: Are we waiting for Independence Day to start sporting activities? We need to be proactive and show some signs of urgency and professionalism. Why should an Independence Day sporting activity / tournament finish a month later after the fact? I believe if stakeholders plan properly, send the various proposals to the Ministry of Youth Development and Sports and the Independence Day Committee weeks in advance, we are bound to get it right once and for all.

We need to get serious about sports in this country if we are to move from where we presently. I am aware it’s a difficult pill to swallow for some, but at the end of the day we have to move on. Moving on with what? One may ask. I just knew that would have been your question and where are the resources? (Look out for these answers in my next Sportlight).

First off the blocks for sporting events in the New Year will be track and field. We are exactly 94 days away from the 44th CARIFTA Games in St. Kitts and Nevis after the Turks and Caicos Islands withdrew their bid.

To date I have not heard any word coming from the newly elected executive of the St.Lucia Athletic Association under the leadership of Wayne Burton in terms of the SLAA’s preparation and whether a team of athletes will be selected to undergo training leading to the games, something similar when St.Lucia hosted in 2009.

As far as I’m aware the 2016 edition is to be held in Grenada. The Spice Isle was chosen as host venue for the games, Turks and Caicos Islands, St. Lucia and the Bahamas who submitted Letters of Intent had also expressed interest in hosting.

For the many sports fans, St. Lucia pulled out to support Grenada, while the Bahamas backed down in support of Turks and Caicos Islands.

Then we will turn our attention to the most talked about school sporting activity, the Inter Secondary School track and field championship finals some time in March.

With one month left in 2014, I believe by now one should be hearing about the 2015 inter house school championship at the secondary level, as to date and venue. What are we waiting for?

One of the biggest disappointment in sports was the hosting of the Windward Island School Games. We finished dead last. I am not proud in saying dead last, but that’s the reality at the end of the day. I am hoping those concerned will find out where Team St.Lucia went wrong and don’t blame it on the individuals who were out of the island at the time.

The St.Lucia national senior men’s cricket team followed suit at home finishing last and finally the St.Lucia Commonwealth Games Team was another disgrace despite some individuals who showed character. Thanks to Levern Spencer again for another podium call. How much longer will St.Lucia continue to depend on her….I guess up to Rio 2016.

Finally, with all the money spending on sports facilities to ensure St.Lucia sportsmen / women get the best, we need to get it right and the time is now for one final grab at the straw. We cannot continue to perform so dismally. To all the national sports federations it’s time to step up to the plate and be counted.
I rest my case!!!!!