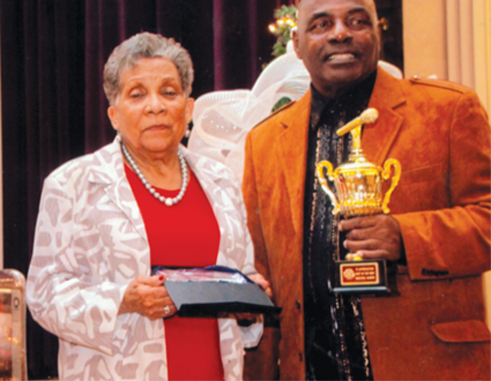 THE St. Lucia Toronto Aid Action Group – STAAG recently celebrated the first anniversary of their official launch with a brunch at the Peter and Paul Banquet Hall.

About 200 guests were in attendance and listened to the keynote speaker, Mr. Granville Anderson, Liberal member of Provincial Parliament for the municipality of Durham.

Anderson praised the members of STAAG for their commendable work in the community and encouraged them to continue their efforts in assisting Canadians and St. Lucians alike. He intimated that there was a great need for organizations such as STAAG as they represented a pivotal stepping stone in the growth and development of communities as a whole. He also spoke about the need for a strong work ethic as was instilled in him by his parents.

Also in attendance was the Consul General of St. Lucia, Mr. Michael Willius. In his address, Mr.Willius acknowledged STAAG for the work done; sending medical equipment to St. Lucia organizing the Caribbean contingent in the Canadian Breast Cancer Foundation sponsored ‘Run for the Cure’ and for the assistance given for the SickKids-Caribbean Initiative.

Also in attendance was the Trade and Investment Commissioner of the Commonwealth of Dominic in Canada, MR. Frances del Sol.

In thanking the guests for their patronage, Mrs. Jeannie Beausoleil stressed the mandate of STAAG when she said; “The fact that the Diaspora was being hit by news of Caribbean people, and in particular people from our homeland being stricken with either breast or prostate cancer helped push our agenda for social concerns for our sisters and brothers here in Canada and back home in St. Lucia. We have assist and give back to our communities.”

It was a seminal moment when STAAG was born. Members are committed to assisting the community by raising awareness of breast and prostate cancer, their treatment and prevention, and partnering with SickKids Hospital in their quest of realizing the SickKids-Caribbean Initiative.